Fivetran to double headcount in Dublin after becoming tech unicorn

Company valued at $1.2bn after raising further $100m from backers including a16z 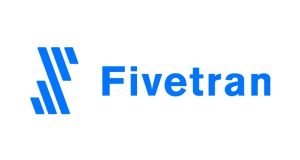 US data management and analytics company Fivetran is to double employee numbers in the Republic once again after raising a further $100 million in a move that confirms it as a tech unicorn.

The fundraise comes less than a year after the Californian-headquartered company secured $44 million from investors in a Series B funding round that valued the company at $254 million, according to data from Pitchbook.

The latest fundraise, which was led by Silicon Valley heavyweights Andreessen Horowitz (a16z) and General Catalyst, and with participation from existing backers CEAD Investments and Matrix Partners, values the company at $1.2 billion with total fundraising to date totalling $163 million.

Speaking to The Irish Times, Fivetran’s director for Europe, the Middle East and Africa (EMEA), Nate Spohn, said the company aims to have ”north of 100 people” employed in Dublin by the end of next year.

The company previously announced plans to double headcount locally from 22 people when it announced its Series B round last September. It employs 42 people in Dublin with plans to have increased this to 75 by the end of 2020.

Founded by George Fraser and Taylor Brown in 2012, Fivetran gives businesses instant automated access to all their data by pulling it from various sources and centralising it. The company has more than 1,000 customers globally, including well-known names such as DocuSign, Forever 21, Lime, Square and Urban Outfitters.

The Oakland-based tech company has been growing rapidly with new customer growth rising by more than 75 per cent in the 12 months to the end of February. During that period. Clients also reported expanding their use of Fivetran by 150 per cent with rows of data managed growing from 500 billion to nearly 1.3 trillion.

Fivetran said it will use the new funding to accelerate global expansion, drive adoption in the enterprise market, and continue building out its data connectors.

1 Big Four told to outline plans for audit split in UK by October
2 Why gift a son now if it eats into his tax-free inheritance threshold?
3 Chris Johns: Economic self-harm is the root of populism
4 Stocktake: Playing poker with the day traders
5 Sorry, Domhnall Gleeson, I don’t want to chat to you anymore
Real news has value SUBSCRIBE