TikTok to add 200 jobs to its Irish operation

Expansion will bring TikTok’s headcount in Ireland to more than 1,100 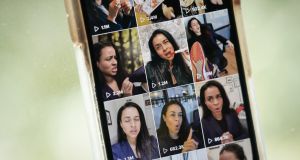 Short-form video app TikTok is set to expand its Irish operation, adding 200 new jobs in the next three months.

That will bring the total number employed here to more than 1,100, a significant increase from the 20 people it employed in the Republic at the start of this year.

The majority of the roles – two-thirds– will be in trust and safety, with the remaining roles split across the company’s commercial team and other units.

The Chinese-owned company has expanded its presence here significantly in 2020 with the growth of its Trust and Safety Hub in Dublin. The hub made the Irish operation TikTok’s third regional centre, enabling it to operate a localised approach to content policy.

“The goal of this team in Dublin is to ensure our overall approach complements local culture and context, and work closely with regional regulators, policymakers, government and law enforcement agencies in pursuit of the highest standard of user safety possible,” said TikTok’s head of trust and safety Cormac Keenan.

“While our initial focus was on establishing and growing this hub, Ireland is an important centre for more than just trust and safety.”

The news of the expansion was welcomed by Tánaiste Leo Varadkar, who said it was proof that Ireland is a location of choice for technology innovators. IDA Ireland chief executive Martin Shanahan said the focus on the Irish site showed huge commitment by the company to Ireland.

That was backed up by TikTok’s interim head Vanessa Pappas. “In less than a year, Ireland has rapidly become a vital centre for both our European and global operations,” she said. “Its strong pool of skilled and diverse talent, booming digital and technology sector, and rich heritage of arts and culture, make it such an attractive base.”

The Irish operation also has senior leaders spanning functions including policy-making, product and process, incident management and quality assurance, alongside experts in areas such as minor safety and hate speech. TikTok has also designated Ireland as the hub of its European SMB business, which works with businesses and brands, and added a data privacy division to the Dublin-based team, appointing a head of privacy for EMEA and a data protection officer during the summer.

“These appointments – and the expanding wider teams supporting both – complement our decision to make TikTok’s Irish company the joint data controller for our users across the EEA and Switzerland in order to help better manage and safeguard user data,” Mr Keenan said.

TikTok plans to locate a €420 million data centre in Ireland by 2022, an investment the company said would create hundreds of new jobs and make Ireland the home for TikTok’s European user data.

Further expansion could also be on the cards. In September, the company was said to be weighing plans to take on enough office space to facilitate up to 5,000 workers. Such an expansion would be likely to take place over several years, however.

The app itself has seen significant success in recent months, with more than 800 million active users and 2 billion downloads. Initially winning over younger users, TikTok has seen a surge in popularity in recent months, making it a target for rival social media companies.

But TikTok has also had its share of controversy. The video service has been fighting the Trump administration in the US, which sought to ban it from Apple and Google’s US app stores over concerns that Chinese ownership of TikTok could make it easier for Beijing to spy on US citizens.

In September, a federal judge blocked the move, ruling in favour of TikTok after the company had argued the Trump administration was infringing on free speech and acting in a capricious manner to harm the short-video app.

ByteDance has been given until November 12th to finalise a deal to sell a minority ownership stake in the company to US companies Oracle and Walmart under an executive order Mr Trump issued in August.

4 Tax relief on dining out expenses a flop