EU charges Amazon with misusing data to edge out rivals 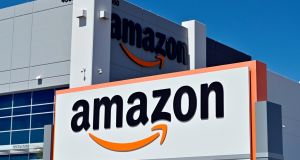 The European Union’s competition chief Margrethe Vestager has charged Amazon with using its size, power, and data collected on rivals to give itself an unfair edge in sales over smaller competitors that use its online marketplace.

The antitrust case is the latest bid by the European Commission to bring US tech giants into line, and came after an investigation into Amazon’s dual role as both a platform for merchants and a seller itself.

The Commission found that the behemoth founded by the world’s richest man Jeff Bezos collects data on sales by other vendors on its platform to find out what is most popular with consumers, and then uses that information to favour its own products.

Ms Vestager told a news conference the Commission’s issue was with the use of “big data”.

“We must ensure that dual role platforms with market power, such as Amazon, do not distort competition,” she said. “With e-commerce booming, and Amazon being the leading e-commerce platform, a fair and undistorted access to consumers online is important for all sellers.”

The case accuses Amazon of “systematically relying on non-public business data of independent sellers who sell on its marketplace, to the benefit of Amazon’s own retail business, which directly competes with those third party sellers”.

The charges relate to activities in France and Germany, which are Amazon’s biggest EU markets as well as places where it is the dominant player. Officials trawled 80 million transactions and reviewed 100 million products on the platform to put the case together, according to the regulator.

The investigation found that “very large quantities of non-public seller data are available to employees of Amazon’s retail business and flow directly into the automated systems of that business, which aggregate these data and use them to calibrate Amazon’s retail offers and strategic business decisions to the detriment of the other marketplace sellers”.

Simultaneously, the Danish commissioner announced a new investigation into potential additional anticompetitive practices by Amazon, suspecting that its website gives favourable placement to sellers that fulfil orders through its delivery and logistics services.

The online sales giant, which has increased its role in the global economy as consumers increasingly turn to online sales during the Covid-19 pandemic, hit back at the accusations saying that its retail operations were relatively small.

“Amazon represents less than 1 per cent of the global retail market, and there are larger retailers in every country in which we operate,” the company said in a statement.

Ms Vestager began investigating Amazon last year after hearing complaints from rival traders. A final EU decision in the case could come next year, and the online sales giant could face a fine of up to 10 per cent of worldwide turnover if found in breach of competition rules, but could settle for less by offering concessions.

Amazon’s business practices have been under scrutiny elsewhere in the EU and in the US. In 2018 the German antitrust watchdog launched a probe into its dual role as both marketplace for seller and seller of its own brands, looking into whether it used its market power to set illegal contract terms.

In the US Amazon is part of a group of companies under scrutiny by the House Judiciary Committee. The Justice Department and the Federal Trade Commission have also launched antitrust probes against Amazon.

The formal charges against Amazon will reinforce Ms Vestager’s reputation as a tough enforcer with an emphasis on tackling market rigging, consumer abuse and tax dodging. The Dane, who is serving her second term as competition commissioner, has led big battles against some of the biggest names in tech.

Under her mandate, the EU has fined Google more than €8 billion in three separate antitrust cases while Apple has been ordered to pay €13 billion in back taxes to Ireland. Both companies have appealed.