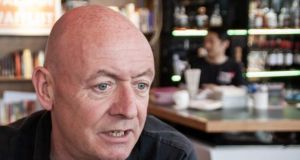 From Letterkenny, Co Donegal, Joe Kelly found himself in the media firing lines with journalists around the world in recent years after helping lead Huawei fight back against claims by the US government that its technology could be used for spying purposes.

Irishman Joe Kelly, who spent the last eight years leading communications for controversial telecoms company Huawei, has died at the age of 55.

Kelly, who lived in Shenzhen, China where Huawei is headquartered, joined the company in late 2012 and was its vice president of corporate communications.

Prior to this he held similar roles for a number of other companies, including BT, Marconi and Xerox. He also previously worked as a journalist covering business and technology for a number of publications.

From Letterkenny, Co Donegal, Kelly found himself in the media firing line in recent years after helping lead Huawei fight back against claims by the US government that its technology could be used for spying purposes.

“My speciality is crisis management. When things happen, stay calm, don’t get emotional,” he said in an interview with The Irish Times last year.

While others may have despaired at being caught up in such a big story, Kelly seemed to relish it.

“Nobody wants to be in the middle of a non-story. I don’t remember a time when I was happier,” he said of Huawei’s battles in the US.

A Huawei colleague said: “It is with great sadness that we can confirm that our much loved colleague and friend, Joe Kelly, passed away this weekend in Shenzhen, China. Vice president of international media affairs at Huawei, Joe was an experienced member of the team who was hugely respected across the company. He will be greatly missed and we send our deepest condolences to Joe’s family, whom we will do all we can help through this very difficult time.”

Founded in 1987, Huawei employs more than 180,000 employees across 170 countries and regions. While initially focused on manufacturing phone switches, the company has significantly expanded its business over the years to include building infrastructure equipment used in mobile and broadband internet networks, including for 5G. It is now also the world’s largest smartphone manufacturer after recently surpassing Samsung.