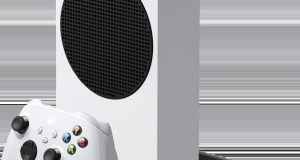 We are about to get into one of the biggest battles of the year, as Microsoft and Sony go head to head with their next generation consoles. And it’s not going to be cheap but the Xbox Series S could be a more affordable option. The digital-only console ditches a few things to make it cheaper though, including the disc drive and 4K gaming, but it will still play the same games as the more expensive Xbox Series S, making it a cheaper way to get into the next generation of consoles; €200 cheaper to be precise, which isn’t something to be sneezed at. xbox.com