TikTok owner beefs up international operations ahead of IPO

Startup is exploring a share sale abroad, but remains a long-term objective 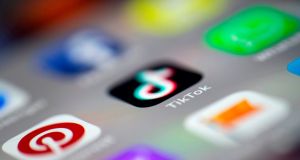 TikTok owner ByteDance is focused on hiring staff to beef up its international operations before considering an initial public offering in the US or Hong Kong over the longer term, according to people familiar with the matter.

The world’s most valuable startup is still only at the very early stages of exploring a share sale abroad, the people said. It’s considering Hong Kong as a listing destination but any float remains a long-term objective given ByteDance remains well-funded and still needs to hire a chief financial officer, the people said, asking not to be named because the matter is private.

On Tuesday, the company denied a Financial Times report that it planned a Hong Kong IPO in the first quarter.

One of the perennial issues for investors is its lack of a Chinese news-publishing licence, which the company is trying to overcome by strictly adhering to news aggregating and diversifying into short video entertainment apps, the people said.

More broadly, ByteDance is unlikely to rush into an IPO in the middle of a bitter trade war and rising scrutiny from Washington. Two senators have urged investigations into TikTok, calling it a national security threat. “TikTok is a potential counterintelligence threat we cannot ignore,” Republican Senator Tom Cotton and Senate Minority Leader Chuck Schumer said in a letter Thursday to Acting Director of National Intelligence Joseph Maguire. Underscoring the extent to which sentiment towards Chinese companies is worsening, Senator Marco Rubio plans legislation to block US government pensions from investing in the country’s corporations.

Discussions come at a time when ByteDance needs new engines of growth as TikTok appears to be on the wane: Global downloads of the video app that helped ByteDance evolve into a global phenomenon fell for the first time in the September quarter. It was TikTok that propelled ByteDance to a valuation of $75 billion, becoming one of the few Chinese internet companies to achieve global success. This year, the Beijing-based social media giant hired executives to head up its business in the US and India and is now seeking to expand its Australian and European teams to broaden its international reach, the people said.

ByteDance, backed by SoftBank Group Corp., is one of the biggest threats to the dominance of Tencent Holdings, which operates in virtually every Chinese internet sphere from gaming and social media to payments. Tencent was down more than 1 per cent on Tuesday in Hong Kong. “There is absolutely zero truth to the rumors that we plan to list in Hong Kong in Q1,” a ByteDance representative said in an emailed statement.

A looming concern for ByteDance has always been the fact that it doesn’t have the government-required licence to conduct news operations in China, according to the people familiar with the matter. Its first hit product was a news-aggregator called Toutiao, which remains in constant danger of running afoul of state regulators. That’s why ByteDance has diversified its revenue base by expanding into short-video apps like Douyin and TikTok. Toutiao is now just a slice of its overall business, the people said.

For ByteDance to successfully launch an IPO, the company will also have to wrestle with rising scrutiny from Washington, which fears Beijing’s track record of censorship and TikTok’s influence over the content that American kids consume.

Even Facebook chief executive Mark Zuckerberg called out TikTok this month, citing privacy and freedom of speech concerns. His remarks came after TikTok drew criticism for its alleged censorship of politically sensitive content, such as videos of pro-democracy protests in Hong Kong. TikTok, which has denied those allegations,announced this month it has formed a team that includes two former US lawmakers to review its content moderation policy. – Bloomberg

1 Who are Ireland’s 17 billionaires?
2 My father in a nursing home wants to gift me his house
3 The entrepreneur who went from ‘total poverty’ to a Lamborghini
4 Are there annual limits on inheritances or gifts to a child?
5 State subsidises public sector retirees to cover gap until State pension
Real news has value SUBSCRIBE