This week we’re talking about . . . #DeleteUber

Uber user? Heard about the #DeleteUber campaign? Read on... 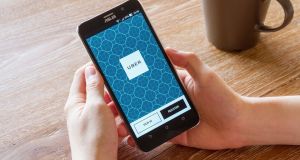 In many countries, Uber is becoming the default transport option. It’s convenient, it’s (relatively) cheap and you can order a car without ever having to talk to another person. But Uber has hit the headlines for all the wrong reasons, yet again.

What is it all about?

Uber found itself on the wrong side of a lot of its users in recent days for a number of reasons. First of all, it tweeted a message that it had turned off surge pricing around JFK Airport in New York on the same day that protests were taking place against US president Donald Trump’s executive order banning refugees and immigrants from a list of seven countries from entering the US for at least 90 days.

The problem? A union representing New York taxi drivers had announced its drivers would not be operating at the airport between 6pm and 7pm in support of the protest. Uber’s message looked like opportunism, despite the fact it was sent about 30 minutes after the taxi action was due to stop, according to the New York Times.

It sparked a campaign on Twitter calling for people to delete their Uber accounts, using the hashtag #DeleteUber

Was it that big a deal?

It’s estimated that about 200,000 people have closed their Uber accounts over the debacle, so it’s clear that it touched a nerve with a lot of people.

But you could argue that keeping surge pricing would have helped Uber, because it essentially had a captive market and could make more money from the same journeys. That could have led to accusations of profiteering though.

So what has Uber done in response?

Chief executive Travis Kalanick said the company was setting up a $3 million legal defence fund for drivers affected by the ban, pledged to provide round the clock support for drivers trying to return to the US, and compensate those drivers for lost earnings. He also said Uber would press the White House to reinstate the right of US residents to travel, regardless of their country of origin, and was a bit tougher on the action, calling it “unjust”.

Kalanick also stepped down from a tech advisory committee to the US president.

Hasn’t Uber been in trouble before?

Yes, there have been a few complaints about the service in the past, mostly relating to privacy. There was the accusations of Uber demonstrating a “God View” eye tool that showed users’ location in real time for guests at a party. Then there was the revelation that Uber’s app wanted to track your location even after you had finished your journey, claiming it was for only five minutes afterwards, and it needed the data to ensure it was precise. There have been other incidents too, but Uber has also managed to fall foul of taxi regulators in several countries and drawn the ire of taxi drivers worried about their business. Then end result? Lots of protests and some bad publicity for Uber.

Still, though, it has a fairly big customer base. As of October last year, it had 40 million monthly riders.

Does anyone even use Uber in Ireland?

Uber operates differently in Ireland to how it does in the US. There, private drivers can sign up with Uber, go through some checks, and start using their own cars to pick up passengers. In Ireland, along with some other countries, the regulations are different. Private drivers can’t accept money for driving passengers, so Uber has to use taxis or limousine services instead..

Will it ever expand its services here?

Maybe, but that depends on the regulations being relaxed, or a ruling in its favour that Uber is a tech company rather than a transport firm.

In 2015, the company said it planned to test out ride sharing in Ireland, and had been in touch with the authorities to try to push that through. However, it has yet to formally announce any shift in how it works in Ireland.

Late last year, the argument went to the European Court of Justice as part of a case involving Spanish taxi representatives. Uber says it is an intermediary; the authorities say it is a taxi company. We’ll see what the outcome of that fight is.