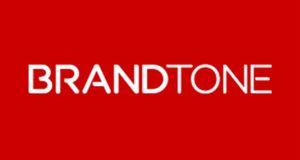 Brandtone’s revenues are forecast to grow from €18 million this year to €40 million in 2019, according to court papers.

Dublin mobile marketing company Brandtone, which employs more than 100 and has clients such as Diageo and Pepsi Co, has entered examinership to manage a cashflow crisis sparked by a delayed €2 million fee due from a debtor.

Michael McAteer of Grant Thornton has been appointed by the High Court as interim examiner to two entities linked to the company, which won the emerging category at the 2015 EY Entrepreneur of the Year awards.

The company, with 61 staff in Dublin and 43 abroad, was founded by its chief executive, Donald Fitzmaurice, and chief financial officer Pádraig McBride, formerly the finance chief of Denis O’Brien’s Caribbean telco Digicel.

Brandtone profiles consumers and retailer in 14 emerging markets, including Brazil and Russia, for its big-brand clients. It has been heavily backed since its 2010 launch by shareholders including the consumer giant Unilever.

According to papers prepared for the court application, the delayed €2 million payment was originally due to Brandtone in December. The cash is believed to be due from a stock market-listed US company.

Brandtone found out in January that the payment from its debtor would take several more months until paperwork surrounding their contract was put in place to satisfy regulatory requirements.

This left Brandtone unable to meet immediate cash needs. It needs about €2.4 million to see it through until it enters profitability, the court was told. Investment will be sought to fund a scheme of arrangement to cut its debts.

The court papers say the company behind the delayed payment and Unilever, which is also a major client, have already come up with €600,000 to pay staff and keep it trading.

Unliever has indicated it may invest in a restructured business, while the examiner will field proposals for outside investment. Mr McAteer has been appointed to both the holding company and operating company.

As is common with many young technology companies, Brandtone has been heavily loss-making since its inception and its shareholders have so far pumped a total of €41 million in the business.

The operating company, which has net liabilities of €40.9 million, owes €7.4 million secured to US group Ares Capital, guaranteed by the parent. Trade creditors are owed €7.6 million. Revenues are forecast to grow from €18 million this year to €40 million in 2019, according to the court papers.

“We took the decision to enter examinership to provide time and a framework to resolve a significant but short-term cashflow issue,” said Mr Fitzmaurice, who said sales were growing and it expects to hit profitability later this year..

“Our biggest concern is looking after our amazing team, and I am confident we have a bright future together.”