The vegan menu for Christmas keeps getting bigger 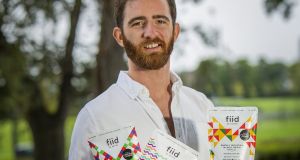 Shane Ryan and Fiid::“We spent months researching different processes that would give us stability on the shelf while maintaining flavour and texture” 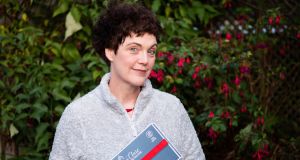 Clare Tait and Chocolatey Clare: The company’s products are aimed at the luxury end of the market and mainly sold online 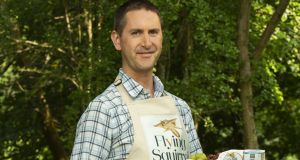 Colm Farrell and Flying Squirrel: Vegan cheese producers in Ireland can be counted on one hand, and Farrell is the only one operating on a commercial scale 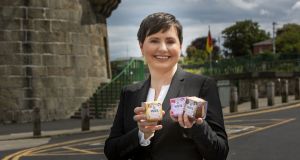 Andrea McNamara and Mudita: she has used her culinary expertise to develop a range of vegan chilled mousses 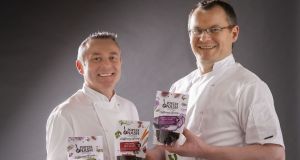 Gavin Cassidy and Eoin Lennon, founders of Porter & Nash. Their sauces are gluten-free, have no fat, are low in salt and sugar and are made primarily from roasted root vegetables and Irish grown kombu seaweed

From small beginnings the demand for vegan food products has accelerated rapidly throughout Europe in recent years. According to a report published by the Dutch bank ING in October, the European market for vegan products (including the UK) has grown at a rate of 10 per cent a year over the past decade. This growth is expected to continue creating a €7.5 billion market by 2025.

The UK is the most developed vegan market, with estimated sales of €440 million in 2019. France, Germany and the Netherlands are next, but Ireland also has a growing number of vegans. Bord Bia’s 2018 Dietary Lifestyles Report put the figure at about 4 per cent of the population and rising.

Food innovation is all about finding a niche and adding a twist, and for an increasing number of Irish food entrepreneurs the “twist” is catering for those on plant-based diets. Following the trend are chefs Gavin Cassidy and Eoin Lennon, founders of Porter & Nash, whose plant-based sauces tick the box for vegans but pack a sufficiently tasty punch to appeal to meat-eaters as well.

With 19 per cent of Irish consumers now claiming to be eating a diet with a greater emphasis on plants, one in three reducing their meat intake and 22 per cent cutting back on dairy, the founders were keen to produce products that mirrored these changes. As a result their sauces are gluten-free, have no fat, are low in salt and sugar and are made primarily from roasted root vegetables and Irish grown kombu seaweed.

Cassidy and Lennon launched their first three products last September, and there are six more to come. Theirs was a bootstrapped start-up with investment pinned at €55,000 between founder equity and support from Enterprise Ireland. The company has recently been approved for competitive start funding and the founders are looking to raise €250,000 to fund their move into export markets.

Clare Tait is the driving force behind the organic chocolate company Chocolatey Clare, which produces a range of vegan bars.

From the get-go Tait was committed to producing ethically and environmentally-sound products that met the growing demand from younger consumers in particular for sustainable and socially-responsible food production. Tait’s identification of her target market is reflected in Bord Bia’s food trends report, which identifies young millennials (age 22-29) as accounting for around 25 per cent of the Irish vegan population.

“The cacao we use is ethically sourced and the bars come in compostable packaging so our chocolate appeals to those who want a natural product that isn’t heavily loaded with sugar as well as environmentally-conscious consumers who want to avoid foods containing unregulated palm oil or foods with plastic wrapping,” Tait says.

Start-up food businesses are notoriously hard work, with the cost often more about time than money. This was the case for Tait who started her business with €15,000 in hard cash but has since invested an unquantifiable amount of time and labour. The company’s products are aimed at the luxury end of the market and mainly sold online. Chocolate is one of those seasonal must-haves, and Tait says her multi-packs are going down a storm with those doing remote secret Santas for co-workers.

Perseverance is crucial in any start-up, and earlier this year, having tried and rejected two previous food business ideas, Shane Ryan’s fledgling vegan-ready meals company Fiid landed a listing with Sainsbury’s in the UK. Ryan spent around €125,000 developing Fiid, and says that convenience was his major goal as the vegan market is poorly served in this respect.

“We spent months researching different processes that would give us stability on the shelf while maintaining flavour and texture,” he says. “Ultimately we chose to cook our meals sous-vide, which locks in the flavours but gives us a 12-month shelf life versus the 30 days of our chilled competitors.”

Fiid’s line-up includes a sundried tomato and lentil ragu and a smoky black bean chilli, and each high protein meal is made using 50 per cent vegetables.

“We describe our food as ‘hyper convenient’ because it doesn’t need refrigeration, making it the ultimate kitchen cupboard or office drawer staple,” says Ryan, whose company has been designated as a high potential start-up by Enterprise Ireland.

Flying Squirrel is a vegan cheese company founded last September by Colm Farrell. The company produces two products, a Camembert-style cheese made from cashew and macadamia nuts and a soft cheese made from almonds. Investment to date has been around €30,000 and two more cheeses are due for launch next year.

The current value of the global vegan cheese market is around $2.15 billion and the market is expected to see a CAGR of 9 per cent between now and 2027. Firm figures for the Irish market are hard to come by, but the estimated value is around €3 million.

Vegan cheese producers in Ireland can be counted on one hand, and Farrell is the only one operating on a commercial scale. His competition comes from imports. At present distribution is limited to Dublin and Wicklow so Farrell relies on his online shop to nail sales from further afield.

Andrea McNamara’s vegan dessert company Mudita is also at an early stage having started trading just over a year ago. Before Mudita, McNamara made macarons for weddings and corporate events, and having radically changed her diet following a health scare she was disappointed to find nothing in the dessert aisle suited her.

Recognising that there had to be others like her, McNamara used her culinary expertise to develop a range of vegan chilled mousses. There are currently three cashew nut-based products in the line-up with three more on the way, and McNamara is also producing a seasonal chocolate and spices flavour for the Christmas market.

“My aim is to provide flavoursome desserts based on healthy, natural ingredients so the mousses are free from gluten, soya, preservatives and refined sugar. All of the packaging is recyclable, and the desserts are presented in glass jars I hope people will reuse.”

McNamara invested around €20,000 to get her business off the ground, and it was just beginning to gain momentum when the lockdown ended crucial in-store tastings. For now McNamara is concentrating on supplying the Dublin market in-store, and she is also producing a range of Christmas hampers which are available via her Facebook page.

‘Hot market’ sees Sky ramp up film and TV investment in bid to ‘own its future’ 08:00
Shareholders to vote on €718m Applegreen deal 07:46
Top hedge funds reap biggest gains in a decade during pandemic 07:04
Asian shares near record highs as US stimulus plans offset virus woes 06:53
The rich get richer, vaccine uptake and the family business adapts 06:40