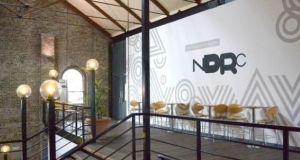 NDRC has made more than €7 million in realisations from its portfolio since it was founded with around €50 million invested in start-ups over that period.

The management team that has run State-backed start-up accelerator NDRC since 2007 has confirmed it has lost the tender to run it for the next four years, with the organisation to be wound up shortly.

NDRC was one of three parties believed to have been shortlisted in a recent tender process for the contract, along with Sean O’Sullivan’s SOSV and Dogpatch Labs. The Irish Times reported in late August that the latter was in pole position to be awarded the contract, although the Department of Communications has still to confirm this.

The winding up comes as newly filed accounts show NDRC recently recorded a significant return on its early investment in e-learning company LearnUpon.

The accounts reveal it has received €3.1 million from the exit after the learning company closed a $56 million (€46.8 million) investment in October. NDRC was an early backer of the company, which participated on its Launchpad programme back in 2012. Start-ups on the accelerator receive €30,000 in equity and a further €20,000 in other supports.

Based in the Digital Hub in the Liberties area of Dublin, NDRC was established as the National Digital Research Centre by a group of Irish third-level institutions 13 years ago. In newly filed accounts, it confirmed it has not secured the new contract and is now in the process of being wound up.

NDRC provides training, mentorship and investment to early-stage companies, primarily through its accelerator programmes, which include Launchpad. Over the past decade it has invested in over 300 start-ups, with alumni including highly respected companies such as Boxever, Nuritas, Newswhip, Drop and SilverCloud Health.

Overall, NDRC has made more than €7 million in realisations from its portfolio since it was founded with around €50 million invested in start-ups over that period.

Last year, NDRC reported total income of €5.4 million, as against €5.95 million in 2018. Some €3.6 million in income came via a Government subvention with a further €1 million in realisations on investments from five companies including Artomatix, which was acquired by Unity in a deal valued at up to $60 million last last year. NDRC also received €743,618 in income last year from other sources, including from running regional accelerators locally and one in Oman.

NDRC, which is a registered charity, recorded €1.08 million in costs linked to its winding up, the latest accounts show.

Companies backed by the NDRC have received nearly €400 million in follow-on funding with the portfolio’s market capitalisation now totalling €701 million.

Speaking to The Irish Times, Mr Hurley said NDRC had “broken a lot of ground over the years.”

“We’ve laid a clear path for others to follow and achieved a lot of firsts with things such as collaborative translational research, pre-commercial investments, and pre-acceleration work in areas such as fintech. I’m really proud of what we have achieved with such a small team,” he said.

“We’ve invested in over 300 companies, over the years, many of which are enjoying great success. In addition to that there are so many other people who were either part of these ventures or of others that followed, who gained great experience through NDRC and are doing well. We may be coming to a graceful conclusion but things are continuing with the State still committed to investing in early stage companies,” he added.