Is the online echo chamber a figment of our imaginations? 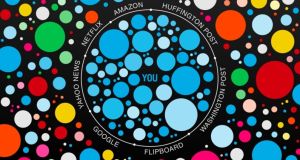 The “filter bubble” has been blamed for many things in the past few years, including the spread of fake news, populism, Trump and the polarisation of users

The “filter bubble”, otherwise known as the internet echo chamber, has been blamed for many things in the past few years, including the spread of fake news, populism, Trump and the polarisation of users who increasingly find themselves reading the things they agree with while being exposed less and less to anything that might chafe their collective hide.

But it is possible that this echo chamber is a figment of our imaginations? According to a paper from the National Bureau of Economic Research, the schism between conservative and liberal-leaning folks already happens offline and the internet doesn’t significantly contribute to its worsening. After trawling through existing research on the area, the authors have concluded that “the growth in polarisation in recent years is largest for the demographic groups least likely to use the internet and social media”.

They do, however, take into account that people tend to grow more entrenched in their thinking as they get older, and the elderly are less likely to use social media, so it still could be the case that younger people are moderately influenced by their echo chamber.

1 Flights abroad ban could last all summer
2 Economic self-harm is at the root of populism
3 How much do Irish people earn? And what will Covid-19 do to our wages?
4 Why are markets booming when a crash is on the way?
5 ‘The rental situation stops me moving back home’
Real news has value SUBSCRIBE