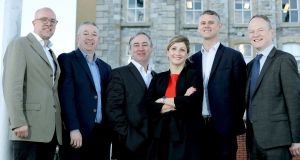 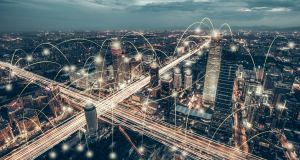 Danalto, a Trinity College Dublin spin-out focused on internet of things (IoT) services and technologies, has raised €750,000 in seed funding

The company specialises in deploying flexible IoT solutions based on the low power wide area network (LPWAN) technology standard, which allows long range communications at a low bit rate among connected objects such as sensors.

The founders previously led Pervasive Nation, a Science Foundation Ireland-backed initiative to establish an IoT research infrastructure to facilitate academic research and the testing of precommercial ideas by Irish companies.

It is currently building an extensive intellectual property (IP) portfolio in low energy IoT devices and systems and is working with several research centres and universities to commercialise projects. It is also involved in a number of ongoing initiatives, including a Dublin City Council initiative to address flooding issues in the capital through sensors that detect when gullies are overflowing.

LPWAN is emerging as one of the fastest growing IoT communication technologies with 22 billion connections predicted by 2025, up from seven billion this year, according to the research company IoT Analytics.

“The internet of things is in its infancy and we look forward to driving this market over the coming period so that enterprises can cost effectively gain more and better insight into their business operations,” said Mr McDonald, Danalto’s chief executive

The Atlantic Bridge University fund, which was initiated though a collaboration between TCD and University College Dublin, aims to accelerate the commercialisation of ground-breaking research coming from third-level institutions by providing capital and expertise for companies. Enterprise Ireland also participated in the investment.

It has previously backed a number of high potential start-ups including Aylien, DataChemist, AprisProtect, Volograms and Kastus, which won the overall Irish Times Innovation awards in 2017.

1 Ryanair and Eir the worst for customer service during Covid crisis
2 Fair deal? Family at odds with hospital and each other not so sure
3 ‘Essential’ retailers risk a firestorm if they exploit the closure of the ‘non-essential’
4 What to consider if older person or loved one needs care at home
5 Glenveagh attracts growing hedge-fund interest
Real news has value SUBSCRIBE