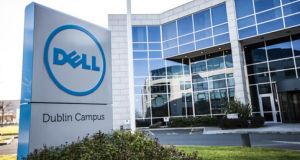 Dell has been ranked the best place to work in Ireland for the second year running, according to reviews on jobs site Indeed

Technology firms once again dominate a ranking of the best places to work for in Ireland with five of the top 10 companies all focused on the tech space.

Dell takes top spot for the second year running in the rankings, which have been compiled by jobs site Indeed and are based on thousands of employee reviews carried on the online recruitment platform.

Apple moves up two spaces to second spot while Google, HP Enterprise and Intel are listed among the top ten companies. Other tech companies featuring in the list include Vodafone and Oracle.

Homecare provider Comfort Keepers was a new entry in third place while rival Home Instead also made the top 25.

Retailers also ranked highly this year with Next in fourth place and Boot also making the top ten. Debenhams is a big faller this year, coming in 11th versus second place last year. Other retailers in the list include Penneys, Brown Thomas and Marks and Spencer.

The food and drink industry was also strongly represented by the likes of Supervalu, McDonald’s, Spar and Centra.

Following a high-profile, award winning recruitment campaign last year, the Irish Defence Forces were a new entry to the ranking this year at number six.

“While attractive perks and flexible working conditions are often associated with the arrival of US tech names in the Irish market, this year’s rankings show that investment in people is being prioritised right across a range of sectors, from retail to technology and from healthcare to hospitality,” said Paul Wolfe, senior vice president of human resources at Indeed.