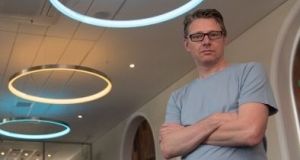 Dublin-based financial payments start-up Plynk has confirmed it has been forced to let some staff go, has not paid all its employees, and has stopped taking on new customers due to a funding crisis.

However, the fintech said it was holding talks with its lead investor to ensure further funds and sought to reassure customers that their money was safe, while also promising to compensate out-of-pocket employees.

The company, which has developed a money-messaging app aimed primarily at younger users, last year announced it had raised €25 million in a Series A fundraising round led by a private investor called Suisse Privee.

However, Plynk said on Friday it was holding talks with its key investor to ensure further funding, having received only an interim payment to date.

Speaking to The Irish Times, co-founder and chief executive Charles Dowd said the company had previously agreed to a deal in which it would receive funding in tranches – with smaller sums followed by larger ones – providing certain metrics around areas such as customer numbers and revenues were met.

“They [Suisse] have given us interim funds to let us build and ship the product but it took us a little longer to close the whole deal . . . It took more time to reach some of the milestones than expected though and, as we’re dealing with a private fund, this has made things more complex than dealing with a regular venture capital [VC] firm because it is a bespoke agreement,” said Mr Dowd.

“I think both they and ourselves misinterpreted the amount of effort it would take to meet some of the agreed goals but we are near an agreement and the investors are still our partners for the future and are committed to us,” he added.

Mr Dowd admitted that some employees had left the company in recent months but he refused to put a figure on how many saying some “had gone off to do their own thing for a bit but would likely come back”. He also acknowledged that a number of staff had not been paid but said everyone would be compensated.

In addition, Mr Dowd said Plynk had “been remiss” in not informing new and existing customers of its recent travails, while adding that it had been in touch with some individuals.

The company stopped onboarding new users in recent weeks but had not alerted users to this fact, leaving many to believe the app was broken.

Mr Dowd stressed that existing customers could still use Plynk and said their money was secure. He added that the company was in the process of introducing a new, improved platform in the coming months.

“We should have been more proactive in letting our customers know what was happening but we kept just thinking we were only a few days away from it being sorted so didn’t do that,” he said.

“Right now we’re moving forward and are super-excited about where we’re going, and about the fact that we have lots of new things in the pipeline. We’re a start-up so it is often the case it is very much two steps forward and one back.”

Co-founded in 2015 by Mr Dowd and Clive Foley, Plynk lets smartphone users chat one-on-one or in groups and to send or receive money instantly and without charge from within the chats.

The app, which is linked to users’ social networks, enables consumers to open payment accounts, get a card and make payments in euro, with other currencies to follow. Once a Plynk account is created, users receive a dedicated IBAN and virtual Mastercard for online payments.

Plynk is not regulated by the authorities although its payments platform provider, the Irish company Prepaid Financial Services, has an e-money licence and is regulated by the Financial Conduct Authority in the UK to operate throughout Europe.

Speaking to The Irish Times, Noel Moran, chief executive of Prepaid, said as the regulated entity behind Plynk, it held customer funds.

1 Aldi to impose limits as Christmas toys go on sale
2 Fair deal? Family at odds with hospital and each other not so sure
3 ‘I hate haggling because I hate when people do it to me’
4 Irish elearning company LearnUpon closes €47.4 million investment
5 First look: Is the iPhone 12 Pro the best smartphone out there?
Real news has value SUBSCRIBE