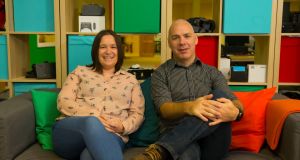 Revenues at Waterford based VR Education rose by 66 per cent to almost €500,000 in the first six months of the year, as the virtual reality company benefited from the ongoing success of its previously released showcase experiences such as Apollo 11 VR and Titanic VR.

“The primary cost driver for the EBITDA loss is salary and associated costs, currently approximately € 0.2 million per month,” the company said.

Chief executive David Whelan, said the company is now starting to see increased traction of its ENGAGE platform in the US and Asia, and it will be concentrating on these markets in the future. Back in May, VR Education expanded into South Korea after securing a three-year deal worth € 210,000 over the lifetime of the contract.

“We have always had a global outlook for our products and the technology they run-on, and with Brexit uncertainty we have concluded that our success in US and Asian markets will receive greater focus than the UK market. We are already receiving an increasing number of requests from American and Asian corporate customers to work with them to produce content for VR training programmes. Indeed, we are both focused and geared-up to aim for this marketplace,” he said.

Looking ahead, Mr Whelan said that he believes 2020 is poised “for substantial growth in the VR market” with new hardware manufacturers coming into this space.

“The group continues to work tirelessly to address these new opportunities and aims to lead the way during 2020 and beyond,” he said.

1 How do you know if you are wealthy? (It’s not straightforward!)
2 Galway development could transform skyline with 21-storey tower
3 High Court overturns permission for height increase in Dublin apartments
4 The gadgets that can make travelling a bit more enjoyable
5 Big tech ‘procedural queries’ delay decision on first data fines – watchdog
Real news has value SUBSCRIBE