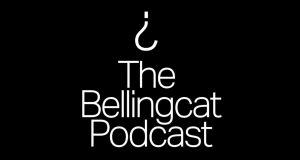 Bellingcat is an investigative journalism website founded by Eliot Higgins.

“We’ve been targeted, spied upon, lied about. But now is time to share the inside story of this horrific mass murder,” says journalist and Bellingcat’s founder, Eliot Higgins as he introduces the podcast mini-series on the shooting down of Malaysia Airlines Flight MH17 produced by the investigative journalism website.

Flight MH17 was shot down in the Ukraine in 2014. All 298 people on board died. This podcast isn’t for the fainthearted as it opens with a graphic scene of the aftermath: “A lot of these people looked like mannequins, others were completely ripped apart. There were bodies that were still strapped into the seats of the plane. Their seatbelts were fastened and they were slouched over […] almost like you would see the person in front of you on a plane who has just fallen asleep.”

Higgins and other investigative journalists work over five years to sift through the cover-ups and find out that a Russian-made Buk surface-to-air missile is responsible and they trace the missile back to being part of Russia’s 53rd Anti-Aircraft Brigade. Dashcam videos of the Buk convoy moving through eastern Ukraine, combined with geolocation and eye-witness interviews, come together to tell a story that deserves to be heard.

1 Aviva Irish general insurance chief executive sues employer
2 What does the Covid-19 recession mean for interest rates?
3 Transatlantic data transfers once again in the dock
4 Banks to keep charging interest on loans subject to Covid-19 payment break
5 ‘It’s been quite easy’: Insights from the heart of the remote working revolution
Real news has value SUBSCRIBE