Web Log: Gab ‘ultimately promotes the kind of hate which culminated in the shooting at a Pittsburgh synagogue’ 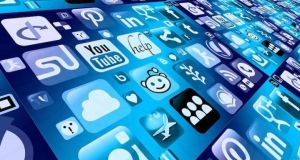 You may or may not have heard of Gab, a social networking site that touts itself as an alternative to Twitter, “champion[ing] free speech, individual liberty and the free flow of information online”. It has the tagline “All are welcome” but research suggests otherwise.

Scientists from the George Washington University, Northeastern Illinois University and Johns Hopkins University compared the two social networks to see whether a lack of regulation on Gab led to a free flow of information but it appears to show signs of extreme social hierarchy and elitism.

Sifting through millions of messages, the researchers found that politics, race and religion were the main topics of conversation on the platform while a small number of users dominated the conversation.

It was also a hotbed of hate speech and far-right rhetoric with users often linking to websites containing conspiracy theories and state-sponsored messaging from non-US governments.

“As a platform, it ultimately promotes the kind of hate which culminated in the shooting at a Pittsburgh synagogue in October 2018 shortly after the shooter posted on Gab.”