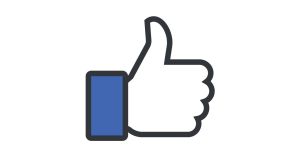 Back in July, Instagram began testing the removal of public “like” counts from user posts across six countries including Ireland to “create a less pressurised environment where people feel comfortable expressing themselves”.

Now Facebook appears to be testing this on its own platform. Security researcher Jane Wong spotted the unreleased test on the Facebook Android app by “reverse-engineering the app and playing with the code underneath”.

Meanwhile, Daniel Hochuli of the Content Marketing Institute, has claimed in the past that these “vanity metrics” aren’t necessarily a marker of success for a business: “The number of ‘likes’ earned from a Facebook post rarely correlates to the number of products sold on a store shelf. Some would argue that there is no correlation at all. Indeed, it is possible to make more sales from a post with only one “like” than from a post with 10,000 ‘likes’.”

1 Oxford Covid vaccine trials offer hope for elderly
2 How much state pension will I get next year?
3 Ulster Bank to introduce new card payment controls on app
4 Sustainable investment: How your pension can help tackle climate change
5 Hurrah for the companies giving staff more time off
Real news has value SUBSCRIBE