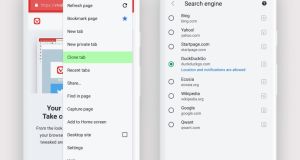 If you like and use Microsoft’s To-Do task manager app you will be pleased to hear that it has a new incarnation complete with extra features. However, if you are a dedicated Wunderlist user you probably know this is its death knell. Wunderlist, acquired by Microsoft in 2015, has been incorporated slowly into To-Do with the knowledge that it will cease to exist when all features have been ported over.

Wunderlist founder Christian Reber is not pleased: “[I’m] still sad @Microsoft wants to shut down @Wunderlist, even though people still love and use it. I’m serious @satyanadella, @marcusash, please let me buy it back,” he posted on Twitter.

“Keep the team and focus on @MicrosoftToDo, and no one will be angry for not shutting down @Wunderlist,” he urged.

Another software founder whose mail app was absorbed by Google offered this advice: “[I] tried to buy back @sparrow at some point. Didn’t go through. Best of luck for @wunderlist but I doubt they’ll sell it back. Might be better to let old things die,” said Dom Leca.

Or keep the faith. I’m still waiting for Google Reader to come back from the dead.

1 Interim examiner appointed to Compu b parent
2 Second Covid-19 outbreak and no-deal Brexit an appalling vista
3 David McCullagh announced as co-host of RTÉ Six One News
4 How much do Irish people earn? And what will Covid-19 do to our wages?
5 Ireland faces 'deep downturn' this year and may not rebound until 2024 if there is a second wave
Real news has value SUBSCRIBE