Our love/hate relationship with social media 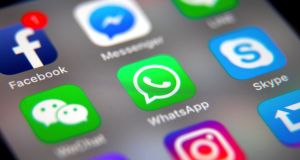 To say we have a complicated relationship with social media is an understatement, it is a part of most of our lives – 69 per cent of adults use some kind of social media – but we don’t trust it. A 2014 survey by the Pew Research Center found that 91 per cent of Americans agree or strongly agree that consumers have lost control over how personal information is collected online and used by companies.

The report points to the European Union’s General Data Protection Regulation (coming into effect on 25th May), which will demand compliance with six data protection principles including that personal data is processed lawfully, fairly and transparently, and collected only for specific legitimate purposes.