Scientists prove lies spread faster than the truth on Twitter

Survey examined some 126,000 news stories, all verified to be true or false 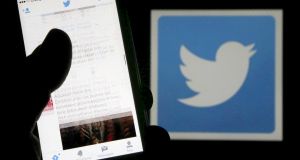 A lie can run round the world before the truth has got its boots on, said Terry Pratchett, paraphrasing Jonathan Swift and others before him – but not Mark Twain because ironically this attribution turned out to be a lie. This metaphorical maxim is as true for Twitter as it is for anywhere else, according to a new study from some MIT researchers.

Taking about 126,000 news stories – verified to be true or false – that had been shared on Twitter between 2006 and 2017, they looked at how fast and far they spread among users. “Falsehood diffused significantly farther, faster, deeper and more broadly than the truth in all categories of information,” concluded authors Vosoughi, Roy and Aral.

The MIT scientists noted that this finding was even more true for false news (they avoided using “fake news” – a loaded, troublesome phrase) about terrorism, natural disasters, science, urban legends or financial information. Significantly, they found that false news was usually more novel than true news, indicating that novelty – perhaps above ignorance or more negative motivations – could be an important driver for the sharing of false news.