New transatlantic cable may link Republic to US and Scandinavia 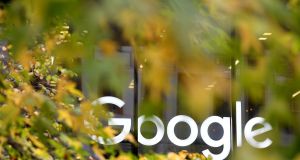 A new Facebook and Google-backed transatlantic telecoms cable linking the Republic to the US and Scandinavia could be operating by the end of the year.

Irish communications specialist Aquacomms is seeking a foreshore licence from the Government for an undersea communications cable that will come ashore close to Louisburgh in Clew Bay, Co Mayo.

The line is part of the Havfrue high-speed telecoms cable that will connect New Jersey in the US with Denmark, with spurs running from it to both the Republic and Norway.

Tech giants Facebook and Google are partners in the project along with Aquacomms and Norwegian company Bulk, which builds data centres and telecommunications networks.

Kevin Foley, Aquacomms’ chief financial officer, said backers hoped the line could be up and running by Christmas if the project got through the planning process and its foreshore licence application succeeded.

The foreshore licence application, made by Aquacomms subsidiary America Europe Connect 2 Ltd, shows that the company hopes it can begin laying the cable and other work between March and September this year, although it states that this depends on the planning process, weather and other factors.

Mayo County Council has just given permission to America Europe Connect 2 to build a single-storey cable landing station at Old Head, Louisburgh, which is part of the project.

The overall bill for the onshore work in Co Mayo will be €7.5 million, according to the foreshore application. However, none of the partners have revealed the overall cost of the Havfrue project.

Google is not directly involved in the Irish spur, although it is backing the overall Havfrue project. It is understood that Facebook could make use of some of the capacity available on the line running from Clew Bay.

Backers also hope that the fact that the line does not run through Britain could be an advantage following the UK’s departure from the EU next month. However, that was not a factor when the route was originally decided.

Surveying and route mapping began last year. The cable is now being manufactured, and the actual work of laying it on the sea bed is relatively straightforward, according to Mr Foley.

The cable will carry voice, data, videos, pictures and other telecoms messages between the two continents.

Google and Facebook back such projects as their need for space on telecoms networks is so high it is cheaper for them to invest in building their own. Facebook customers’ swapping videos and other material drives its need for capacity.

Aquacomms builds undersea cables and sells capacity on them to telecoms companies which in turn use this to provide services to their clients, according to Mr Foley. “We’re a carrier’s carrier,” he said.

The Dublin-based company has built and operates a number of other such cables linking Republic with both the US and Britain.