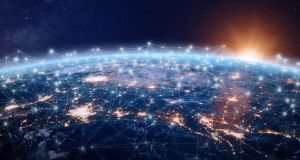 Shareholders in the travel software company voted overwhelmingly for the election of the three directors to the board. Photograph: iStock

Shareholders in troubled travel software developer Datalex elected chairman David Hargaden, and non-executive directors Mike McGearty and Christine Ourmières-Widener, to the board at a meeting on Thursday.

Datalex, whose shares have been suspended since it confirmed there were irregularities in its accounts last year, appointed the three board members last year. The company held an extraordinary general meeting at its offices in Dublin’s East Point Business Park to seek shareholders’ approval for the appointments.

Shareholders voted overwhelmingly for the election of the three directors to the board. None of the directors present would comment on the company’s progress.