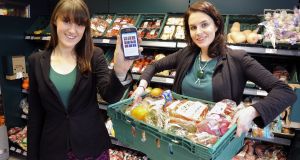 Two Irish start-ups have beaten hundreds of companies from around the world to win a place on the prestigious Blackbox Connect accelerator programme in Silicon Valley, California.

Social enterprise FoodCloud, a not-for-profit social enterprise that has developed software which helps businesses redistribute surplus food to charities, and Webio, a start-up whose artificial intelligence (AI) system helps call centre operatives to do their jobs better, are two of just 16 companies accepted for the programme.

Founded by Fadi Bishara in 2010, Blackbox Connect, which is sponsored by Google, aims to link foreign high-growth potential companies with the Silicon Valley network. The two-week residential accelerator, which takes place later this month, consists of an intense programme of pitching workshops, mentoring sessions and talks with investors, lawyers, journalists, experts and entrepreneurs.

Among the speakers to have advised attendees at Blackbox are YouTube co-founder and former chief executive Chad Hurley and Google Ventures president and chief executive Bill Maris.

FoodCloud and Webio were put forward for the programme by Dublin-based start-up hub Dogpatch Labs, which worked closely with bodies including Enterprise Ireland to identify suitable candidates from across Ireland.

This year’s competition was seen as particularly tough with 40 partners from around the world nominating more than 210 applicants from 42 countries.

FoodCloud was co-founded by Iseult Ward and Aoibheann O’Brien in 2012. It has developed a software platform that enables businesses to redistribute surplus food to charities. Since it was established, some 8,300 tonnes of food, or more than 18 million meals, have been diverted from landfill

Ms Ward was named on Forbes’s prestigious “30 under-30 Europe” list of leading innovators, entrepreneurs and leaders earlier this year while both she and Ms O’Brien received a special contribution award at last month’s EY Ireland Entrepreneur of the Year Awards.

Webio, which was established by Graham Brierton last year, uses AI to streamline inbound and outbound customer communications across new and existing channels.

Cormac O’Neill, the company’s chief executive described takinig part in Blackbox as “an amazing opportunity for Webio to engage and learn from the best emerging entrepreneurs right across the globe.”