National Broadband Plan in limbo as Eir pulls the plug

With just one bidder, Enet, the rural broadband tender process is hanging by a thread 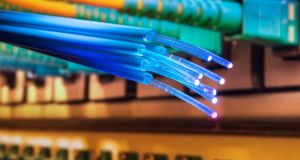 Those thousands awaiting rural broadband will anxiously be watching for Denis Naughten’s “Plan B”. Photograph: iStock

Eir’s departure from the National Broadband Plan (NBP) has left the process hanging by a thread. We now have one bidder in what’s supposed to be a competitive tender; the Government effectively backed into a corner over cost; and the 542,000 homes and businesses waiting for broadband in limbo.

The Government insists the plan will proceed and at no extra cost to the taxpayer. The Opposition describes it as a “shambles”. And this, a full six years after the plan was first announced by then minister for communications Pat Rabbitte in 2012.

This is seriously bad PR for a State trying to sell itself internationally as a high-tech hub, and deeply damaging for a Government that was knocked back at the last election for being too Dublin-centric.

The Government’s National Broadband Plan procurement process may be arid and complex to pick over, but it has significant political and social implications, and goes to the heart of the State’s urban-rural divide and Dublin’s overwhelmingly dominant position in the economy.

Eir’s departure neatly coincides with the arrival of its new owner, French telecoms billionaire Xavier Niel, prompting speculation that he may have directly or indirectly pulled the plug on Eir’s bid.

This is something Eir chief executive Richard Moat vehemently denied in an interview on RTÉ Radio, but Niel’s focus to date has been on investing in high-density urban centres in France.

A spokesman for the company insists, however, the exit was triggered by two things: the onerous requirement for a duplicate wholesale division to deal with the NBP, and the likely lowering of wholesale prices, ie the price Eir charges other operators to buy broadband bundles on its network, on foot of an upcoming ComReg review.

“Together they discourage future investments in the network,” he said.

That said, Eir’s position and motivation in the process has never been easy to weigh up. As the market incumbent, losing a big broadband contract in its own backyard has presented a serious challenge, not least as it was being readied for sale. This has led to accusations that it would attempt to bend, fracture or game the process to its own end.

Last year, the company successfully managed to have 300,000 premises deemed commercially viable removed from the original plan, with the acquiescence of the Department of Communications. These were now included in its own commercial rollout, having previously been deemed uneconomic to service by the company.

This strategy allowed Eir effectively to “donut” towns and villages across the National Broadband Plan area with its own technology.

That means the presumed “winner” of the NBP contract – the Enet-led consortium – will now have to traverse Eir’s network to get at the homes it is connecting to high-speed broadband, paying Eir access rent in the process.

This was the reason why ESB/Vodafone joint venture Siro dropped out last year.

The Government has been pushing Eir to lower its access price, which is regulated by ComReg, but to no avail. Last month, perhaps out of frustration, Minister for Communications Denis Naughten mooted the idea of introducing legislation to force Eir’s access price down.

This may have backfired. Several insiders believe the threat, combined with the fact that Eir will receive a handy income from access anyway – a figure of €20 million a year or €500 million over the lifetime of the 25-year contract has been mentioned – and the urban focus of its new owner, may have tipped the balance and caused the company to jump ship.

Either way, the Government is left in a difficult position of having to drive a hard bargain with little or no fall-back position.

Naughten this week denied the Government had backed itself into a cul-de-sac, insisting it could walk away if the price and the plan offered by the sole remaining bidder was not right. He said it would not be low-balled by the circumstances.

“We have a good idea, based on the costings that have come in, what the ballpark figures are in relation to this,” he said.

He also insisted that similar processes in other jurisdictions have seen the incumbent drop out but still succeed with only one bidder. Nonetheless, for the first time in this long and tortuous tender process, he raised the prospect of a “plan B”. What this entails, nobody outside the department seems to know.

The political repercussions of changing tack at this late stage, however, would be significant, a situation that could not be lost on Enet.

A casual glance at the department’s broadband intervention map will give you an idea of the scale of the undertaking. Hard as it is to believe, the State’s 90 broadband black spots cover 96 per cent of the Republic’s land mass, a product of decades of chaotic planning.

The cost – now believed to be significantly more than the €1 billion previously indicated – and the technical difficulty of reaching these homes, especially in remoter parts, is a formidable challenge.

Similar processes in the UK and Australia have foundered.

This is a big ask of Enet, which has, up until now, been overshadowed by the activities of its bigger cousins, Eir and Siro.

The company – whose core business centres around the operation of the State’s Metropolitan Area Networks (Mans), a series of telecommunications networks built around 94 towns – has a turnover of around €50 million, employs 100 staff and now finds itself in pole position for a €1 billion contract.

Its fledgling network that feeds fibre to around 1,000 homes is what chief executive Conal Henry calls a “proof-of-concept network”.

To transform this into a major piece of communications infrastructure capable of bringing fibre to 542,000 homes and premises, the company has brought in the “big guns” to strengthen its bid.

has been joined by FTSE-listed SSE, which is Ireland’s second-largest energy utility, and the John Laing Group, a London-based infrastructure investor and manager, adding financial clout and operational expertise, said Henry.

He also highlighted that Enet has, between its various operations, a fibre network that is second in size only to Eir. According to the last ComReg figures, it accounts for 4,000 of the 19,000 fibre-to-the-premises (FTTP) connections.

“We remain confident that this is a deliverable project and will get delivered on time and within the cost expectations of stakeholders,” said Henry.

“There’s a way through this that works for everyone,” he added, saying he had had no indications that the Government intended to change the tender in the wake of Eir’s departure.

Where the process goes from here is down to Enet and the Government, with the company scheduled to be elevated to preferred bidder status in September before actual construction begins in 2019.

Department officials insist most of the 542,000 homes will be connected in the first two years – in other words, by 2020. For now, those customers can only sit and hope.