Podcast dives deep into science and AI behind DeepMind 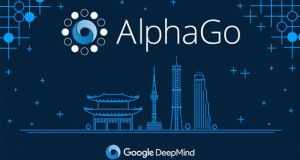 Over the past few years DeepMind has been making headlines due to a series of high-profile wins against human players at Go and StarCraft by AlphaGo and AlphaStar respectively.

As DeepMind founder Mustafa Suleyman takes temporary leave, the spotlight swings around on the London-based artificial intelligence company that was acquired by Google’s parent company Alphabet in 2014. Over the past few years DeepMind has been making headlines due to a series of high-profile wins against human players at Go and StarCraft by AlphaGo and AlphaStar respectively.

So, how does its AI work and what kinds of research are being carried out by the scientists inside this company? All is revealed in a new, eight-part DeepMind podcast series presented by mathematician and science communicator Hannah Fry.

The first episode looks at how AI benefits from advances in neuroscience and vice versa. It explores the paradox of programming software to be ‘intelligent’. Known as Moravec’s paradox, it states that what is easy for computers – mastering chess and carrying out complex numerical calculations – is difficult for humans while the things we are naturally good at – picking up objects and climbing stairs and other everyday tasks that involve subconscious thought processes – are hugely difficult to reverse engineer and teach to a computer programme.

DeepMind chief executive Demis Hassabis explains how is it possible to train an AI agent to learn something without constantly giving it external rewards (like rewarding a dog with treats when it behaves) through intrinsic motivation or programming it to ‘value’ achieving a goal or learning a new task. Well worth a listen if you want a quick primer on the state of the art in the field of artificial intelligence.

1 Retailers accused of ‘stealing business’ from rivals by flouting restrictions
2 Guinness brings out a non-alcoholic version of the black stuff
3 Outgoing Irish a sitting duck for Covid
4 ‘French people are pretty relaxed. They don’t pander to scaremongering or hysteria’
5 Goldman Sachs in talks to take over Blanchardstown shopping centre
Real news has value SUBSCRIBE