Google also likely to come under investigation from other US states 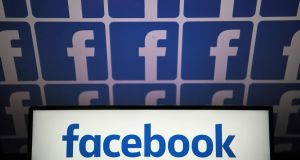 Senior officials from across the US are due to launch antitrust investigations into both Facebook and Google, as the political pressure increases on large technology companies.

Letitia James, the New York attorney-general, announced on Friday she would begin a probe into Facebook, looking at whether the social media company had suppressed competition and harmed consumers in the process. Other states, including Colorado, Florida and Ohio, will also take part in the probe.

Ms James said in a statement: “Even the largest social-media platform in the world must follow the law and respect consumers. I am proud to be leading a bipartisan coalition of attorneys-general in investigating whether Facebook has stifled competition and put users at risk.

“We will use every investigative tool at our disposal to determine whether Facebook’s actions may have endangered consumer data, reduced the quality of consumers’ choices, or increased the price of advertising.”

Separately, people close to the process have said state attorneys-general are also due to announce a separate investigation into Google, which will also look at antitrust issues.

Both companies have found themselves under pressure from regulators in recent months over privacy and antitrust concerns.

Earlier this week Google and its video subsidiary YouTube agreed to pay $170 million (€154 million) after being accused of illegally gathering children’s data without obtaining the consent of their parents.

Meanwhile, Facebook has said it is under investigation by the Federal Trade Commission over competition issues, having just agreed to pay a record $5 billion settlement for privacy violations. – Copyright The Financial Times Limited 2019