Carmaker accounts for 85% of sales by mobility solutions tech company 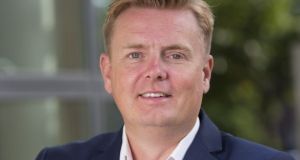 Losses narrowed at Irish technology company Cubic Telecom last year as turnover jumped by over 80 per cent to 19.8 million.

Newly filed accounts for Cubic show it reported 16.9 million in sales to one of its biggest backers, the car manufacturer Audi. This compares to sales of 8.3 million to the company a year earlier.

Founded in 2005, Cubic is led by Barry Napier. Its solutions are installed in more than 2.5 million cars across 50 countries. Its clients include Audi, Panasonic, Volkswagen and Skoda

The company recorded pre-tax losses of 12.7 million in 2018, down from 18.9 million a year earlier, according to newly filed accounts Accumulated losses rose to 72.5 million from 59.7 million in 2017.

Cubic said that gross margin as a percentage of revenue rose from just 8 per cent to 42 per cent in 2018 due primarily to a change in data costs incurred.

The company has raised approximately 100 million in funding to date, with the European Investment Bank providing a 23.5 million credit facility earlier this year. Other backers include Audi, chip manufacturer Qualcomm, Enterprise Ireland and the Ireland Strategic Investment Fund, the 8 billion fund which is managed and controlled by the National Treasury Management Agency.