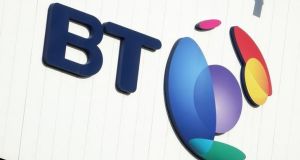 BT is planning to end a performance-related bonus scheme and replace it with a smaller guaranteed payout, in a major overhaul of the incentives for top executives.

The telecoms company wants to discontinue its long-term incentive plan, a type of bonus system that has proved controversial in recent years, according to three top 30 shareholders.

The move, which would affect the top management including chief executive Philip Jansen, comes as concern about excessive pay continues to rise up the public agenda.

Concerns about LTIPs have increased in the wake of large payouts at public companies such as housebuilder Persimmon, where the former chief executive was in line for a £110 million bonus.

But in the case of BT, a collapse in its value led to former chief executive Gavin Patterson failing to receive his full bonus for a number of years.

The three BT shareholders said the telecoms business has proposed introducing a type of restricted share plan, where executives are given a set number of shares that they have to hold for a certain period of time.

Restricted share plans do not typically include prescriptive performance conditions. Instead, executives give up the possibility of a bigger payout for smaller, largely guaranteed sums.

BT said its new pay policy would be presented to shareholders for approval at its 2020 annual meeting to replace its existing policy that was approved in 2017.

“BT’s remuneration committee is currently reviewing the remuneration policy and will consult with our largest shareholders and the proxy voting agencies ahead of making any changes at the AGM,” a spokesman said.

Shareholders did not rule out backing the plans, saying they had yet to decide whether they would support the switch to restricted shares.