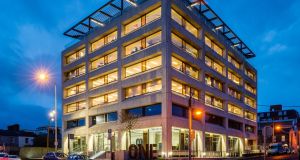 Group turnover at Stripe Payments International Holdings Limited increased by $231.5 million last year to $528.7 million (€480 million), with the company attributing the rise to increased business from new and existing users in mature markets and expansion into new territories.

“The directors believe this trend will continue as the group continues to grow in existing markets and expand into new ones,” the company said in a note included with new company documents. The subsidiary’s turnover primarily derives from sales in Europe, Middle East and Africa (EMEA) and Asia Pacific.

The accounts show it booked a $2.1 million share-based payment expense during the year.

The company’s parent, which is headquartered in Silicon Valley, earlier this year announced plans to create hundreds of additional engineering jobs in Dublin after securing an e-money licence from the Central Bank.

Stripe set up an international engineering hub – its first outside of the United States – in Dublin in early 2018. As of the end of this year, Stripe expects to have about 300 people working locally. Some 15 key management employees received compensation of $3.12 million, which includes share-based compensation of $647,000.

During the year, $98.6 million was repaid to the company’s parent for a 1.46 per cent interest-bearing loan.

Globally, Stripe has more than 2,000 employees in 14 offices globally and it is available in 34 countries presently, rising to 40 in the next few months.

Stripe was valued at $35 billion in September after raising a further $250 million from investors. This marked a significant jump in valuation for the company given that it was estimated to be worth $22.5 billion at the start of 2019.

Established in 2010, Stripe handles billions of dollars in transactions each year and counts the likes of Amazon, Uber, Booking.com, Deliveroo and Google among its customers.

Although the company has witnessed phenomenal growth in recent years, it is projecting revenues to continue to rise given that only about 3 per cent of global commerce currently takes place online.

John and Patrick Collison have an estimated net worth of $4.2 billion each following Stripe’s most recent fundraise, according to the Bloomberg Billionaires Index.

3 Elliott makes firm offer for Aryzta and has financing - report

4 Plenty at risk for Ireland in Brussels brinkmanship