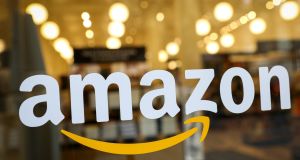 Amazon is one of six major US tech firms that have been accused of ‘aggressively avoiding’ $100 billion of global tax over the past decade. Photograph: Brendan McDermid

The big six US tech firms have been accused of “aggressively avoiding” $100 billion (€90.8 billion) of global tax over the past decade.

Amazon, Facebook, Google, Netflix, Apple and Microsoft have been named in a report by tax transparency campaign group Fair Tax Mark as avoiding tax by shifting revenue and profits through tax havens or low-tax countries, and for also delaying the payment of taxes they do incur.

The report singles out Amazon, which is run by the world’s richest person, Jeff Bezos, as the worst offender. It said the group paid just $3.4 billion in tax on its income so far this decade despite achieving revenues of $960.5 billion and profits of $26.8 billion.

Fair Tax Mark said this means Amazon’s effective tax rate was 12.7 per cent over the decade when the headline tax rate in the US has been 35 per cent for most of that period.

Fair Tax Mark said Amazon’s accounting was so complicated there was “no way to discern” how much tax Amazon should be paying or is paying in the UK despite its filings to the US tax authorities showing it made $14.5 billion in revenue in the UK last year, and $75.8 billion over the decade.

Paul Monaghan, chief executive of Fair Tax Mark, said: “Our analysis of the long-run effective tax rate of the Silicon Valley Six over the decade to date has found that there is a significant difference between the cash taxes paid and both the headline rate of tax and, more significantly, the reported current tax provisions. We conclude that the corporation tax paid has been much lower than is commonly understood.”

Alex Cobham, chief executive of Tax Justice Network, said: “When multinational corporations abuse their tax responsibilities to society, they weaken the supports that our economies need to work well and create wealth.

“By ensuring multinational corporations pay their fair share locally for the wealth created locally by people’s work – based on an agreed formula and supplemented by a minimum effective tax rate – governments can strengthen their economies to run smoothly and make a good life possible for everyone.”

Progress towards that goal received a setback last week when 12 small EU countries, including Ireland, blocked a proposed new rule that would have forced multinationals to reveal how much profit they make and how much tax they pay in each of the 28 member states. The blocking states argued the measure should have been treated as a tax measure, not a competition one, and therefore subject to unanimous agreement among EU states.

In a statement, Amazon said: “Governments write the tax laws and Amazon is doing the very thing they encourage companies to do – paying all taxes due while also investing many billions in creating jobs and infrastructure. Coupled with low margins, this investment will naturally result in a lower cash tax rate.”

Facebook, run by Mark Zuckerberg who has a personal fortune of $77 billion, has paid just $7.7 billion in income taxes this decade, despite making profits of $75.5 billion and revenues of $173.1 billion, according to the report. The tax paid as a percentage of profit was just 10.2 per cent over the period 2010-18, the lowest of the so-called “Silicon Six”.

Facebook said: “We take our tax obligations seriously and pay what we owe in every market we operate. In 2018, we paid $3.8 billion in corporation tax globally and our effective tax rate over the last five years is more than 20 per cent. Under current rules, we pay the vast majority of the tax we owe in the US as that is where the bulk of our functions, assets and risks are located.

“Ultimately these are decisions for governments and we support the OECD process which is looking at new international tax rules for the digital economy.”

The report also detailed smaller than expected cash tax payments by Google, Netflix, Apple, and Microsoft. All of the companies said they paid the correct amounts of tax and disputed Fair Tax Mark’s figures. – Guardian News and Media

1 Sean Quinn stunned at rebranding of Quinn Industrial Holdings
2 Probate is changing: What does that mean for you?
3 Dublin Aerospace takes over Flybe’s aircraft servicing base at Exeter Airport
4 Will tracker mortgage be at risk if Ulster Bank closes?
5 Irishwoman Adrienne Gormley joins N26 as chief operating officer
Real news has value SUBSCRIBE