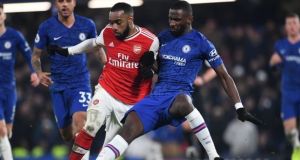 The investment was made via the group’s corporate venture arm, Sony Innovation Fund. No financial details of the investment have been disclosed but company documents recently filed in Dublin show the Japanese company invested €439,044 in Kitman.

The Dublin-headquartered company is a firm working to reduce the risk of injury within professional sports. It uses artificial intelligence and data science to improve athletes’ health, welfare and performance.

Founded in 2012 by Stephen Smith and Iarfhlaith Kelly, the company has raised over $20 million to date. This includes €5.1 million in funding raised late last year from backers that include Blue Run Ventures, Peter Kight, a senior advisor at Comvest Partners.

Ex-Paddy Power chief executive and now Bank of Ireland chairman Patrick Kennedy also backed the company in that round as did the bookie’s co-founder Stewart Kennedy. Their former colleague, Andrew Algeo who now heads up the National Lottery is another investor as is the Lottery’s chairman Pádraig Ó Ríordáin, former rugby international Jamie Heaslip, and his father-in-law, businessman Oisin O’Buachalla.

The company last month made its first acquisition, snapping up English athlete data management company The Sports Office for an undisclosed sum. It also recently announced plans to double staff numbers from 44 to 88 people with most of those new roles based at its innovation centre in Dublin.

Kitman, which does not disclose turnover, said late last year it had more than doubled new sales and annual recurring revenues in 2019. Kitman booked a €3.3 million loss in 2018 to bring accumulated losses to almost €13 million.

The Sony Innovation Fund was launched in 2016 and has made over 40 investments to date.

“Kitman Labs is at the nexus of artificial intelligence, sports science, and human performance. Their unique approach to technology and the customer experience has set a new standard in the elite, college, and youth sports markets,” said Gen Tsuchikawa, chief investment officer of the fund.

“We love to work with companies that embrace the spirit of innovation, and are thrilled that this investment marks our entrance into the dynamic field of sports tech,” he added.

1 Michael Smurfit: ‘I asked Trump to invite me to the White House for my 80th birthday’
2 ‘The recovery needs to be a full-scale economic renewal’
3 Small businesses are cannon fodder in zealous anti-virus experiment
4 Household savings soar as consumers stop spending
5 ‘I’m so lucky to be in the Caribbean – a million miles from Derry Girls’
Real news has value SUBSCRIBE