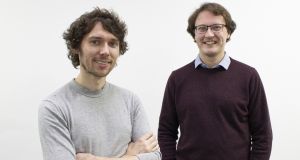 The fundraise was led by Accel and Index Ventures and comes just six weeks after the Irish start-up secured $4.1 million (€3.7 million) in a Series A round from Blossom Capital, whose previous investments include Uber.

Tines is intended to make the lives of enterprise security teams easier by equipping them with the tools they need to automate repetitive, manual tasks.

“What Tines does is enable those who are on the front line and charged with responding to cybersecurity alerts to automate the steps involved in a quick and easy way and without having to write code,” chief executive Eoin Hinchy told The Irish Times.

The company was founded by Mr Hinchy and Thomas Kinsella in 2018. The two have decades of experience working in cybersecurity for the likes of eBay, DocuSign and PayPal.

Tines’ platform can be integrated with any tool that has an application programming interface, allowing security teams to get up and running quickly and to start automating workflows within the first 24 hours. In addition, the technology is not just limited to security use, with some customers also using it in areas such as IT, development operations and HR.

In less than a year, the company has secured 10 enterprise customers across a variety of industries, including Box, Auth0 and McKesson, with companies automating on average 100 thousand actions per day.

Mr Hinchy said Tines didn’t plan to raise funds again so quickly but had been bowled over by the quality of the investors involved and the expertise they could provide as the start-up continues to scale.

“For my money, Accel are the best security investor in the world and we admire so many of the companies they’ve invested in. When we worked in cybersecurity ourselves, the tools we best liked to use were ones developed by Accel companies,” he said.

“We looked to take on more funding because we’ve been overwhelmed by the demand for clients so the capital will allow us to add capacity in a controlled way and to maintain the level of service we’ve been providing up to this point,” Mr Hinchy added.

Tines currently employs five people full-time with a number of additional contractors. Mr Hinchy said he was looking to take on up to 25 additional staff next year, with most of the roles in Dublin, where the company intends to keep all its engineering, design and research and development based.

“Not so long ago there was a sense that to be a successful tech company you had to move to the US but we believe that isn’t necessary. We strongly believe you can build a world-class technology company from Ireland and that is what we are going to try to do,” said Mr Hinchy.

1 Who are Ireland’s 17 billionaires?
2 My father in a nursing home wants to gift me his house
3 Are there annual limits on inheritances or gifts to a child?
4 Countries that fail to attract immigrants will lose out – Microsoft chief
5 Stocktake: Skyrocketing Tesla may drive ‘mother of all short squeezes’
Real news has value SUBSCRIBE