Tech Tools: Oaxis’s myFirst 3D Pen is both safe and with some eco credentials 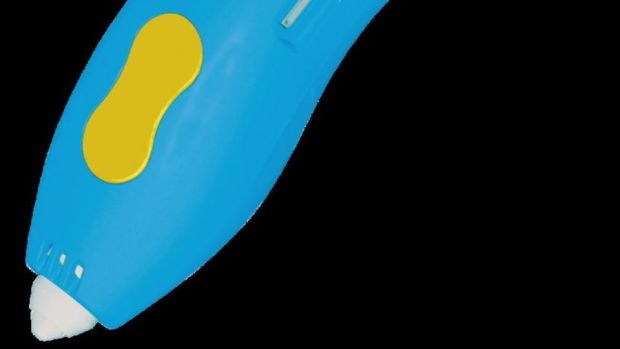 When the 3Doodler 3D Pen was announced in 2013, I had all sorts of high hopes for what I could “print” with the pen. After all, you were limited only by your imagination, right? Turns out I was also limited by a complete lack of artistic ability too. My creations weren’t exactly recognisable as anything.

Six years on and there are other options in this regard, including the Oaxis myFirst 3D Pen. As the name suggests, this pen is aimed at children, with simple controls that allow you to get started quickly. There is a single multifunction button on the top that you click once to either start or stop drawing. Clicking twice will eject the PLA filament from the pen.

That filament is specially formulated for working at low temperatures, which addresses my first concern about a 3D pen. After all, the pen works by melting plastic and extruding it through the tip of the pen. If I’m handing that over to a child, I need to make sure that they won’t be able to do too much damage with it, and burns are top of the list of things that will get you put on the Christmas blacklist.

This pen doesn’t seem to hit potentially burning temperatures, so you can handle the pen and even plastic straight out of the pen without any badly timed trips to the hospital.

It also has a rechargeable battery that you can power up through USB, so you aren’t tethered while you “draw”. It’s a small thing, but it is amazing how much of a difference it makes.

There are three spools of PLA plastic with which you can get started; only the colours blue, white and black are included though, which is a bit limiting.

I say limiting, but it was probably a good thing I didn’t have a rainbow of colours to choose from. Nothing I made seemed to resemble what I had in my head, although I did get a little better with practice. My creations stopped falling over or collapsing in on themselves, for instance. More colours would just have made a more colourful mess of warped creations.

If you are concerned by the use of plastic, by the way, don’t be; PLA is biodegradable and made from renewable materials. It’s not ideal, but if you want to make 3D models, PLA at least has some eco credentials.

This is one that definitely requires practice. https://myfirst.tech/myfirst-3dpen/

3 Mixed messages over tax liability on inheritance from my aunt