Ireland’s fintech community grows as Circle and Kabbage to expand 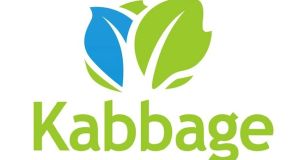 Kabbage, headquartered in Atlanta, has pioneered a financial services data and technology platform to provide funding to small businesses in minutes

Ireland’s fintech community is set to expand as social payments firm Circle announced plans to double its Irish workforce, while US firm Kabbage said it intends to base its European headquarters in Dublin.

Kabbage, a Georgia-based online financial technology company that provides funding through its automated lending platform, on Tuesday confirmed plans to set up shop in Ireland after one of its key investos secured a €50 million investment from a major State fund.

US private investment firm Reverence Capital Partners said it intends to create a number of high-quality financial services jobs in Ireland through its portfolio of companies following the investment from the Irish Strategic Investment Fund (ISIF), a State body controlled and managed by the National Treasury Management Agency (NTMA).

Reverence said that in conjunction with the ISIF and IDA Ireland it would seek to advance the development of the financial services sector locally by encouraging other portfolio companies to consider establishing a presence in Ireland. Founded in 2013, the Reverence portfolio include Kabbage, Victory Capital Management, Russell Investments and Diamond Resorts International.

Kabbage, headquartered in Atlanta, has pioneered a financial services data and technology platform to provide funding to small businesses in minutes. Earlier this month, the company secured more than $500 million (€460 million) in fixed-rate, asset-backed notes.

Speaking to The Irish Times, Kabbage chief executive Rob Frohwein said the company was already considering setting up operations here before it was informed of Reverence’s link-up with ISIF.

“I’ve been coming to Ireland for a few years now and had already started conversations with several groups, including IDA Ireland, about what we could do here so it was a symbiotic opportunity,” said Mr Frohwein.

“We started in the US and by concentration of customers it remains our biggest market but that’s because we’ve been lending there for the last six years. We only started establishing relationships in Europe with the likes of ING and Santander. Over the last couple of years Kabbage has already launched in Spain and the UK and we are due to announce two more territories shortly. I’d expect the product to be generally available in the EU over the next few years,” he added.

Separately, digital currency start-up Circle is to double staff numbers at its Dublin office over the next two years following a 300 per cent quarter-on-quarter increase in new customer acquisitions in the wake of its recent international expansion.

Circle, a Boston-headquarered, former Bitcoin start-up that has shifted its focus towards social payments, currently employs 15 people in Ireland. Established in 2013, the company is headed by Jeremy Allaire, who founded online video platform Brightcove, which he took public in 2012.

Having launched in the US in late 2015, Circle expanded into the UK last April through a partnership with Barclays Bank after it received an emoney licence from the Financial Conduct Authority (FCA) in Britain, enabling consumers to easily make domestic and cross-border payments between US dollars and UK pounds.

Circle, which also launched in Ireland and Spain in October, has previously secured $136 million in venture capital from backers that include Goldman Sachs, Accel Partners, IDG and Pantera Capital.

Company co-founder and president of product and operations Sean Neville said Circle is on target to see $1 billion transferred via its platform over a 12-month period.

“Ireland was the first country that we launched with euro support and although we’ve done little to no marketing so far we’ve found great uptake with some strong organic growth. We’re looking to replicate that across Europe over the coming years,” said Mr Neville.