Ireland is top AI talent hub in the EU 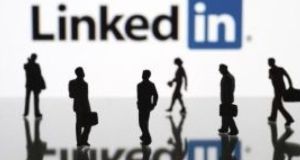 LinkedIn is looking to take on 20 more AI specialists in Dublin.

The Republic has the highest ratio of artificial intelligence (AI) talent in the European Union, according to a new study from LinkedIn.

The report comes as the recruitment website is itself planning to hire 20 additional AI specialists locally with the promise of more jobs in the area in the future.

The study reveals that half of all Europe’s AI workers are based in just three countries: the United Kingdom, France, and Germany – with the UK leading by a significant margin. But, on a per capita basis, Ireland is far and away the top nation for AI talent, followed by Finland, Cyprus, Luxembourg and Sweden.

LinkedIn attributed Ireland’s leading position to a number of factors, including the high number of tech companies that have established centres on data analytics, machine learning and big data locally. It said this has given rise to a research-led approach to the building of AI talent, which has been further fostered through the creation of university-backed hubs.

The standard profile of an AI worker in Europe, according to the LinkedIn report, is that he is a young, highly-qualified male working in western European countries. It reveals that only about 16 per cent of all AI workers in the EU are women.

Despite variations across different member states, the share of women in the AI workforce does not exceed 30 per cent in any nation.

The study also shows that the overwhelming majority of AI specialists in Europe are employed in software and IT services, followed by education and manufacturing.

Publication of the report coincided with a visit to Dublin by LinkedIn’s vice-president of AI, Deepak Agarwal, who is looking to add to the numbers working in the area for the company.

Speaking to The Irish Times, Mr Agarwal said LinkedIn was looking for 20 additional AI specialists working across a number of areas.

The company currently has a 15-person team working primarily in natural language processing and is linked to its newsfeed. However, it intends to take on at least 20 more.

“Everything you see on LinkedIn is powered by AI, including the process of spotting fake accounts. So it is important for us to hire the right people,” said Mr Agarwal.

“We’re looking for smart people in machine learning and NLP [natural language processing], and are also searching for good systems people,” he added.

Mr Agarwal said that while hiring in Dublin isn’t easy right now, particularly at the senior level, he was confident LinkedIn wouldn’t find it too difficult to secure talent.

He also said he hoped to increase the team size even further in the years to come.