Calls for Google’s $2.1bn Fitbit deal to be blocked over data fears

Takeover would gives Google access to a huge trove of heart rate, activity and sleep data 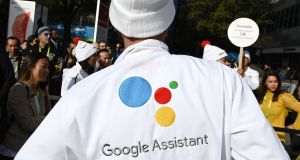 Politicians and privacy campaigners have called for Google’s $2.1bn deal for Fitbit to be blocked, over fears the search giant will feed its growing healthcare business with the data of the 27 million people who use Fitbit fitness trackers.

The deal for Fitbit has been seen as an attempt by Google to catch up with the Apple Watch by buying a consumer wearables company.

But the takeover, if it is passed by regulators, also gives Google access to a huge trove of heart rate, activity and sleep data which it could use to create a new range of personalised health services.

Mark Warner, a Democratic senator in the US, said the purchase raised “serious concerns” as it could tip new areas of the burgeoning personalised health and wellness market in favour of the large tech companies, while Representative David Cicilline, chair of the House antitrust committee, said the deal “would threaten to give [Google] yet another way to survey users and entrench its monopoly power online”.

Privacy and antitrust advocates have called on the Federal Trade Commission to block the purchase, arguing that health data are “critical” to the future of the digital marketplace.

“Google should not gain control of Fitbit’s sensitive and individualised health data that can be integrated with data from its current services to entrench its monopoly power,” said groups including the Open Markets Institute, Public Citizen and the Electronic Privacy Information Centre.

“Through its vast portfolio of internet services, Google knows more about us than any other company, and it should not be allowed to add yet another way to track our every move.”

Google declined to comment, but Rick Osterloh, the company’s senior vice-president for devices and services, said in the blog post that announced the deal that Google would be “transparent about the data we collect and why”.

“We will never sell personal information to anyone. Fitbit health and wellness data will not be used for Google ads. And we will give Fitbit users the choice to review, move, or delete their data,” he said.

Regulators on both sides of the Atlantic have begun to look at whether a strong grip over data can play a part in competition cases against the Big Tech companies. Margrethe Vestager, the EU’s competition chief, said this month that dominance in data can make it hard for others to compete.

Maurice Stucke, a professor of law at the University of Tennessee, said the acquisition could be an important case as regulators will need to decide whether it could “significantly decrease privacy” for Fitbit users and whether Google’s access to this data could help it dominate further in its core markets, such as online advertising for search.

“When you have a company like Google, which has violated privacy laws multiple times . . . you can imagine it will raise significant concerns,” he said.

Buying Fitbit would help Google catch up with Apple, which has been focusing its health ventures around data collected by the Apple Watch.

Apple had 15 per cent of the worldwide market in the second quarter, shipping 5.1 million watches, compared with a just over 10 per cent share at Fitbit, which sold 3.5 million in the quarter, according to data firm IDC. The global market is led by Xiaomi, the Chinese device maker.

The Fitbit data would be an important victory for Google’s mission to collect health data, giving it much of the same tracking information about heart rates and physical activity as Apple and the potential to deploy more sensors on an existing customer base.

Carolina Milanesi, a consumer tech analyst at Creative Strategies, said Google was trying to use its expertise in artificial intelligence and machine learning to diversify its business and healthcare looked like it had “huge potential from a revenue perspective”.

Fitbit is rich in data that is not covered by US health privacy regulations because the company is not a healthcare provider or insurer.

Going far beyond just tracking step counts, Fitbit has been moving further into healthcare, attracted, like Google and other big tech companies, by the prospect of mining data for new insights on how to treat disease and cut the cost of healthcare.

It has partnerships with health insurers, such as United Healthcare, where members can earn rewards for keeping fit, and will run a health programme for the government of Singapore that covers 20 per cent of the country’s population.

It recently signed a deal with an alliance between pharmaceutical companies Bristol-Myers Squibb and Pfizer, working towards approval of a sensor and algorithm that could spot atrial fibrillation, a sign of the potential for a stroke.

In the months ahead of the Google announcement, Fitbit subtly changed its company description to emphasise that the company has “one of the world’s largest databases of activity, exercise and sleep data”.

Eric Topol, the author of Deep Medicine, said that Google’s ultimate aim was likely to use many data sources - from fitness data to electronic health records to genomes - to create a “virtual coach” for health.

“It will give you real-time advice about why this or that is off track,” he said. “In order to get there, they will have to have the person’s data.”

Google did not say whether Fitbit data would be used to inform other Google products, and privacy advocates fear that the data will not be ringfenced but will instead be used for a variety of applications across the company.

“Merging and pulling data together from lots of different sources is in Google’s DNA. That’s how they make their money. That’s everything they have always been about,” said Adams Dudley, a professor of medicine at the University of Minnesota.

Other large technology companies, including Apple and Amazon, are also eager to disrupt the healthcare industry, which makes up 18 per cent of US gross domestic product.

Big tech’s expertise in data analytics is attracting healthcare providers and insurers trying to learn more about biology and medicine – but privacy advocates are worried that they could combine health data with their existing profiles of users.

Google is already facing a number of healthcare privacy probes.

The US government is also investigating whether Google broke privacy regulations in its ‘Project Nightingale’ agreement with Ascension, the country’s second-largest healthcare system.

Google was given access to medical records of more than 50 million Americans but many of the patients only found out about the deal from a report in the Wall Street Journal. – Copyright The Financial Times Limited 2019

1 How to gift your child a house deposit . . . tax free
2 BOI customers to be charged twice with bank fees on New Year’s Eve
3 Irish designer of Oxford vaccine: ‘I’ve never worked so hard in my life’
4 Digital bank N26 targets one million customers in the Republic
5 O’Flynn and BlackRock to double money with €100m sale of former HP campus
Real news has value SUBSCRIBE