Turnover from continuing operations increased from $59.8m to $83.5m 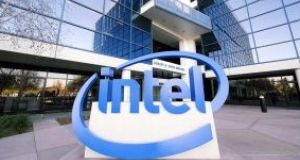 While the company received a $4.9 million credit in 2015, this is lower than the $5.3 million credit received in 2014, a year in which the unit made more from tax credits than it did in profits

The Irish-based research and development arm of computer chip giant Intel received a $4.9 million R&D tax credit in 2015, a year in which profits surged.

New accounts filed for Intel Research and Development Ireland Limited show pretax profits jumped to $7.16 million last year from $3.84 million in 2014, a rise of over 86 per cent.

After the tax credit is included, the profit for the financial year amounted to $12 million compared to $9.2 million in the prior year.

While the Shannon-based company received a $4.9 million credit in 2015, this is lower than the $5.3 million credit received in 2014, a year in which the unit made more from tax credits than it did in profits.

Turnover from continuing operations increased from $59.8 million to $83.5 million with operating profit rose to $8 million from $3.6 million.

Employee numbers more than doubled to 512 from 254 last year, primarily due to the inclusion of staff who transferred from McAfee Ireland at the end of June. Intel acquired McAfee for $7.68 billion in 2010 but spun it out last year when it sold a majority stake in the security software firm to private equity firm TPG, in a deal that valued the business at $4.2 billion including debt.

Some 359 people were employed by the company in research and development with a further 153 working in marketing and administration.

Staff-related costs jumped to €53 million from €29 million, with wages and salries rising from $21 million to $39 million.