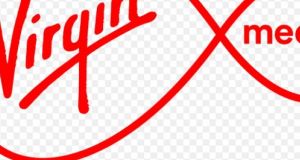 An unknown number of Virgin Media broadband customers were experiencing breaks in their service on Tuesday night.

The extent of the problem, and its cause, were being investigated by the company which said “a fix is currently under way”.

Users took to Twitter to assess what had happened.

Virgin Media B/B down. TV still works. It's like when the electricity is cut but you can make animal shadows on the wall #virginmediaIreland

“Just spent the past half hour thinking my laptop was finally kicking the bucket but no, Virgin Media broadband is down all over south Dub,” said one.

“Broadband out again in Ranelagh. Story lads?” asked another.

A spokeswoman said the situation was under investigation and would be updated.

1 Admission of mistake in Oxford vaccine dose raises doubts over reliability
2 Move to EU or face disruption, City of London is warned
3 Cliff Taylor: Deal or no deal we are now heading for a hard Brexit
4 German watchdog reports EY to prosecutors over Wirecard audit
5 Pandemic boosts sales for Dell and HP as revenues exceed estimates
Real news has value SUBSCRIBE