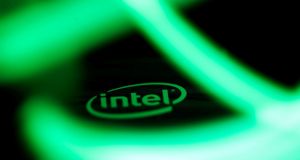 Intel received €2.9 million in grants from the IDA, according to the latter’s database. Photograph: Dado Ruvic

IDA Ireland has defended its role in granting aid to multinationals after it was revealed that more than €100 million of taxpayers’ money has been given to companies including Abbot Laboratories, Microsoft, Intel, MSD and Boston Scientific.

It added that the sums awarded were usually only a fraction of the overall investment being made by client companies in Ireland, and that any aid awarded was done so under strict supervision.

“The awarding of grants is standard and used by all countries, including Ireland, to compete for and ensure the stability of the inward flow of FDI,” said Kevin Sammon, director of corporate communications at the State agency.

“FDI is an extremely competitive sector internationally – we are up against many other countries when we fight to win these investments. It’s important to see these grants in the context that they are matched and multiplied by the applicant company – all IDA Ireland funding is negotiated on a case-by-case basis in compliance with EU and Irish legislation.”

The figures on grants awarded to companies by IDA Ireland are contained in a publicly available database that was introduced alongside revised State aid transparency rules in July 2016. These new rules require all taxpayer subsidies of more than €500,000 to be publicly disclosed.

The information, which should be published within six months from the granting of aid includes details such as the type of grant given and the objective of the aid. The information must be made available for at least 10 years from the date on which the aid was first granted.

According to the database, the largest payment from IDA Ireland has been to Abbot Laboratories, which has received three payments from the State agency worth almost €14 million combined.

Pharmaceutical companies did particularly well in terms of grants with Becton Dickinson getting three payments totalling a combined €7.5 million, Regeneron receiving €7.48 million, Analog Devices being awarded close to €7.3 million and MSD getting €6.8 million

Other companies to receive big payments included tech giants Intel and Microsoft, which gained €2.9 million and €1.75 million respectively. Chipmaker Xilinx was another big winner. It received €3.75 million in grants.

A number of companies that received grant awards by IDA Ireland did not or would not respond to a request for comment. IDA Ireland meanwhile said it could not comment on individual grants.

“Put simply, IDA Ireland’s ability to offer grant assistance to our clients helps us win FDI projects across Ireland. This is a sector that employs over 210,000 workers directly, with many more employed indirectly as a result in our cities and towns,” Mr Sammon told The Irish Times.

“This employment figure is a record high and the FDI sector as a whole has never contributed as much to the Irish economy as it is doing today.”

IDA Ireland secured 237 investments last year with the number of investment decisions from new clients increasing to 111 from 99 in the previous year.