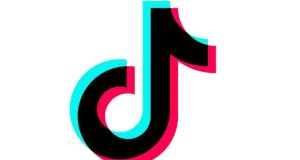 The document obtained by Netzpolitik shows that content ‘depicting controversial events’ such as protests, marches or riots are now sorted into the ‘not for feed’ category

A whistleblower with inside knowledge of China-owned social media platform TikTok says the company censors political content that the government does not approve of. The whistle-blower shared a document with German website Netzpolitik which details changes to TikTok’s moderation policies that include the burying of certain content.

MIT Technology Review reports that user posts are sorted into four categories: “deleted”, “visible to self” (meaning other users can’t see it), “not recommended” and “not for feed”.

The document obtained by Netzpolitik shows that content “depicting controversial events” such as protests, marches or riots are now sorted into the “not for feed” category. It references example topics including “Indipendence [sic] of Northern Ireland, Quebec sovereignty movement, Indipendence [sic] of Taiwan/Tibet, Kurdistan Indipendence [sic]”, which was previously labelled “not recommended” but has now been bumped into “not for feed”, meaning it won’t be visible in TikTok’s discovery engine, is more difficult to find, and will therefore have a far smaller chance of being seen and shared by many users or going viral.

TikTok has responded to Netzpolitik saying that it does not remove content related to political demonstrations, but this doesn’t mean that it isn’t effectively hiding it, as the whistleblower has pointed out.

1 Working from home: New costs, new stresses and little relief
2 We are ‘sale agreed’, but can we go back with a lower offer?
3 Joint accounts: if one of us dies, can the other access the money?
4 HSBC board rethinks overhaul and seeks even deeper cuts
5 Fierce debate brews as EU Commission lays out recovery plans
Real news has value SUBSCRIBE