Company’s work for US government a point of conflict 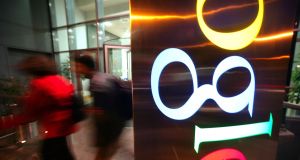 Google has been in a fight with activists on its staff who have objected to work that they believe contravenes the company’s basic ethical values.

Google has fired four workers it accused of abusing its culture of radical openness, escalating a fight with activists on its staff who have campaigned against some of its work for the US government.

The dismissals followed an internal investigation that had found that the former employees had tapped into work or personal calendars of other Google workers.

“This is not how Google’s open culture works or was ever intended to work,” the company said in an internal email to staff.

Google has been in a fight with activists on its staff who have objected to work that they believe contravenes the company’s basic ethical values.

This includes work for US Customs and Border Protection. Last year, Google decided not to renew Project Maven, an image recognition assignment involving US military drones, after protests from workers.

The company said the workers had been involved in “clear and repeated violations of our data security policies”, even after being warned.

It did not release the names of the workers who were fired, but Rebecca Rivers, who had objected to Google’s work for US Customs and was suspended recently, said on Twitter that she had been told that she was “being terminated”.

Last week, a number of Google workers in San Francisco held a rally for Ms Rivers and Laurence Bernard, another worker who was suspended, to protest against what they claimed was a crackdown on internal dissent.

Google said the four workers who were dismissed had been involved in “systematic searches for other employees’ material and work”, and that some of the information they collected had later been distributed outside the company.

Google has always prided itself on having an open internal culture that encourages workers to speak their minds and gives open access to information across the company, even if it has no relation to a particular employee’s own job.

In a sign of how the tensions with workers are forcing a change in its culture, Google has urged staff to be more careful with internal information. It said the workers who were sacked had tapped into information “outside the scope of their jobs” – something that has not been a limit on workers in the past.

In one example of the type of information that had been abused, Google said one of the dismissed workers had accessed other employees’ calendars and set up automated notifications “detailing the work and whereabouts of those employees, including personal matters.”

The crackdown follows other efforts by the internet company to adjust its culture in the face of growing internal tensions. In August, it warned workers to turn down the temperature of the debate on its internal message boards.

This included an appeal to end personal attacks on other workers, and being more careful when raising questions about the kind of work Google undertakes. – Copyright The Financial Times Limited 2019

1 Guinness brings out a non-alcoholic version of the black stuff
2 How long can Government afford to keep State pension age at 66?
3 Don’t worry about the deficit – the lockdown risk is to jobs
4 Google's incredible power is the result of decades of regulatory failure
5 Half of businesses plan 2021 pay freeze amid economic uncertainty
Real news has value SUBSCRIBE