Web Log: Global plan aims to make internet affordable and accessible to everyone 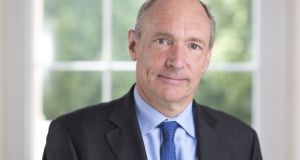 During the last decade it has carried out research including a 2015 report showing that women in low- to middle-income countries are 50 per cent less likely to access the internet than men. The foundation has also funded the A4AI Initiative which has helped to reduce the cost of internet for 650 million internet users in countries across Africa, Asia, and Latin America and the Caribbean.

On November 25th the foundation will launch the Contract for the Web – a global plan to protect the web as “a force for good”. This initiative lists supporters including the Internet Freedom Foundation, the Open Data Institute, the Open Knowledge Foundation and hundreds from private industry including Microsoft, Google, Facebook and Twitter.

The contract outlines that companies will promise to: make the internet affordable and accessible to everyone so that no one is excluded from using and shaping the web; respect consumers’ privacy and personal data so people are in control of their lives online, and develop technologies that support the best in humanity and challenge the worst so the web really is a public good that puts people first.