Prepare to be spooked with tales of the Unexplained

Weblog: Richard MacLean Smith’s podcast is an engrossing exploration of the paranormal 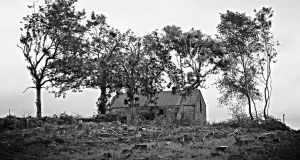 The latest episode of Unexplained focuses on the Cooneen/Coonian ghost house in Fermanagh, supposedly one of the most haunted houses in Ireland

Haunted houses, children with memories of a past life, and a bizarre folie à deux (shared psychosis). These are just some of the stories covered by Unexplained, a podcast that is part paranormal investigation, part literary and fully engrossing. Presented by British podcaster Richard MacLean Smith, this podcast has been running since 2016 and shows no signs of running out of source material.

The latest episode focuses on the Cooneen/Coonian ghost house in Fermanagh, supposedly one of the most haunted houses in Ireland. The narrative relies on a contemporaneous account by Sean Leslie of the nearby Castle Leslie, a man who was no stranger to a good ghost story, being an acquaintance of the author MR James.

The story goes that, late at night, a Mrs Bridget Murphy and her children began to hear unexplained noises in their attic that culminated in a bed being thrown across the room. Neighbours, several priests and a local councillor were called in to witness the events.

The rooms were blessed to no avail, and two of the priests involved fell ill while another suffered a nervous breakdown. In 1914 the family emigrated to America. Leslie says the poltergeist or spirit followed on board and continued to plague the family, but some spirits must have been left behind because the house allegedly remains haunted to this day. These and more bone-chilling yet entertaining stories await you with Unexplained.