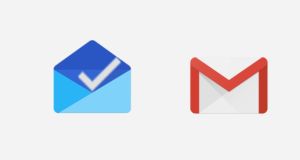 Discontinued: Google’s Inbox will shut down in March 2019

After four years, Google has decided to shut down its Gmail alternative, Inbox. While this app may not have been used by the majority of Gmail account holders, it was where Google experimented with new features like the AI-powered Smart Reply that eventually made its way to Gmail.

Before Inbox closes at the end of March 2019, Google has reminded loyal users that in order to make the transition back to its vanilla webmail app some other Inbox features are now in Gmail; they’re just a little trickier to set up.

They include snooze – to postpone dealing with emails, and nudge – for reminders to follow up on unanswered messages.

One Inbox feature that was pretty nifty but not available in Gmail is “bundles”; messages are automatically grouped according to their categories so that, at a glance, you can look at all emails relating to purchases, trips, promotions, and others.

1 How to gift your child a house deposit . . . tax free
2 BOI customers to be charged twice with bank fees on New Year’s Eve
3 Workers have little idea of the cost of retirement income
4 Digital bank N26 targets one million customers in the Republic
5 Apple security chief charged with bribing police for gun licences
Real news has value SUBSCRIBE