PSNI contract for IT worth estimated €11m awarded to Civica 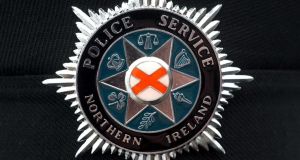 The new technology provided by Civica Digital will give the PSNI an efficient way of sharing information with other organisations in Northern Ireland’s criminal justice system.

Software and data-management specialist Civica will provide the Police Service of Northern Ireland (PSNI) with a new information-sharing system in a deal said to be worth more than €11 million.

British-headquartered Civica, which employs 90 people in Ireland in offices in Belfast and Dublin, designs and operates websites and data-handling technology for public bodies and large organisations.

The PSNI hired part of the group, Civica Digital, to provide the police service with a new system for managing and sharing information on live cases following what the company said was an “extensive” tendering process.

Civica did not say how much the five-year contract is worth, but reports estimate its value at about £10 million sterling (€11.24 million).

The new technology will go live in November 2019. It will give the PSNI an efficient way of sharing information with other organisations in Northern Ireland’s criminal justice system, such as the Public Prosecution Service, prisons and forensic science service.

Information held on the PSNI system can also be shared with the wider UK and European police data-management systems.

“This is crucial at a time when budgets are continuously stretched, demands are becoming more complex and public expectations are changing,” he said.

“This new partnership follows hot on the heels of the large body of work we’ve delivered through programmes such as NI Direct and is a further endorsement of our strong digital credentials and presence in the region,” he added.

Civica’s other customers in Ireland include telecoms specialist BT Ireland.