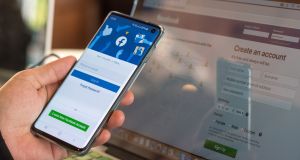 Facebook removed a small network of accounts and pages that originated in Russia and had links to the Internet Research Agency, acting on a tip from the FBI.

Nathaniel Gleicher, the social media company’s head of cybersecurity policy said the network included 13 accounts and two pages, and just 5 per cent of the English-language content it created was targeted at US users. The network was trying to build an audience on the political left, and posted some criticism of the presidential campaigns of both Joe Biden and President Donald Trump, Mr Gleicher said. The network got “nearly no engagement on Facebook before we removed it”, Facebook wrote in a blog post.

Russia’s IRA was the main group behind a concerted effort to influence the 2016 US election on Facebook, though its efforts during that campaign cycle went undetected until 2017, and reached tens of millions of users. Facebook has removed 12 networks with ties to the IRA since 2017, the company wrote in a blog post, though any effort by the group to meddle in a US election raises alarms given Facebook’s history.

While the network removed in August didn’t gain much traction on Facebook, the group did trick a number of “unwitting freelancers” into writing stories for a news website the IRA created, later sharing the stories on social media, Mr Gleicher said. “They reached out to and relied on real people who are native speakers in the languages they wanted covered likely to try to limit their linguistic footprint and make it harder to see that this is in fact an influence operation,” Mr Gleicher added.

Facebook said it will alert people who were approached by the group on Facebook, and Gleicher said that fewer than 200 people were contacted. Facebook disclosed the network’s removal as part of a monthly report on its efforts to fight foreign influence operations on its sites.

Twitter also said Tuesday it removed five accounts that were linked to “Russian state actors” following an FBI tip, according to a company spokesman. “The accounts achieved little impact,” Twitter posted from a company account. – Bloomberg