Tech has been the big winner in the Covid crisis but at what price? 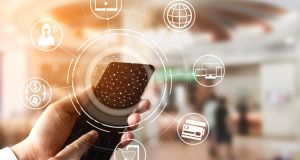 Consumer technology in the Covid-19 environment is essential, not nice-to-have.

The grotesquely lopsided nature of the record-breaking rally in US stocks reveals a good deal about modern human behaviour and about what investors now consider to be a safe bet.

Though broad indices hide it well, many US stocks are in a deep slump, in keeping with an extremely fragile economy still in the grip of a pandemic. Five months after coronavirus brought financial markets to the brink of disaster, about 100 companies in the benchmark S&P 500 index still sit about 50 per cent below their all-time highs.

Most US sectors are struggling. Energy is down by a third since late February, reflecting the hit to oil prices. Financials are down by a fifth in response to the cram-down in benchmark interest rates.

Utilities and real estate have made little upward progress since the fire-sale in risky assets that took place in March.

Yet the broader S&P 500 index hit record highs last week, dragged up by the forms of technology that we rely on most when we are anxious about leaving home. If we were to hold a party to celebrate those new all-time highs, it would be held over Zoom, whose share price has tripled this year.

The size of the rally in the biggest companies that are profiting from our fear of exiting lockdown is on a scale that would normally scream speculative bubble. Amazon has gained more than 77 per cent this year, shrugging off a modest 13 per cent decline to late March with ease.

Apple has risen 65 per cent and last week became the first US company to per cent, while Google parent Alphabet is up 18 per cent. Microsoft is up 35 per cent.

These numbers might look like a repeat of the early 2000s dotcom craze. But these companies are hardly start-ups and the rise is not based on speculative mania. Quite the opposite.

Some of these heavy hitters boast sizeable cloud-computing arms, but the theme binding these stocks together is that consumers are too fearful to leave the house for work, shopping or fun, at least in the way we took for granted six months ago; dependent on information to protect their health and find financial support; and bored beyond belief. Consumer technology in such an environment is essential, not nice-to-have.

Without question, other stocks and risky assets, in the US and elsewhere, have gained since March, when governments and central banks hurled their financial might at calming the effects of the pandemic. Tiny and even negative returns on government bonds stemming in particular from that monetary support have bolstered the case for stocks.

“Why are people still buying into the bond market?” asks James Bevan, chief investment officer at CCLA. “Unless you have some regulatory imperative, it makes no sense.”

But the spectacular tech rally goes beyond the notion that a rising tide raises all boats. Fidelity International calculates that on average, the “big five” tech companies, which between them account for nearly a quarter of the value of the entire S&P 500 index, are expected to generate 41 per cent higher earnings in 2021 than last year. For the rest of the index, analysts expect earnings to be pretty much flat.

“So, the message from the market is that the top five companies can keep driving growth while the rest of the index companies lag. We think this implies ample room for a broadening of the rally, but it is difficult to see that happening without a better macro outlook,” says Stuart Rumble, an investment director at Fidelity.

This peculiar form of pessimism may have gone too far. Investors believe the positive bet on US technology and growth-focused stocks is the most crowded trade in the market, judging from the latest monthly survey from Bank of America.

But a similar bet on heavy-hitting US and Asian consumer technology stocks was also seen as overloaded as far back as February 2018. For smug Amazon shareholders, that is 140 per cent ago.

A bonus for tech bulls is that even if a magic cure for the virus was found tomorrow, it is hard to imagine that the price of any of these stocks would collapse. If anything, these past months have shown how deeply embedded these companies are in our lives.

By all means, celebrate the new record highs for the index if that is your thing. The fact we are no longer stuck in the horror show of March is something to be thankful for. But be aware of what this narrow rally really signifies.

1 PTSB plays down Ulster Bank talk as it sells €1.4bn of loans
2 Irish tech company Asavie acquired by Nasdaq-listed Akamai
3 Up or down – how much is your Local Property Tax this year?
4 Housing crisis will be permanent unless there is radical rethink, industry warns
5 Am I crazy to consider switching to an Ulster Bank mortgage?
Real news has value SUBSCRIBE