Alphabet Inc reported net income of $8.95 billion for the three months to the end of December 31st 2018 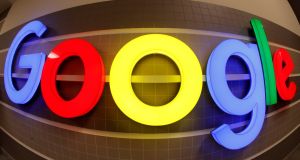 Alphabet Inc beat Wall Street estimates for fourth-quarter revenue and profit on Monday, as advertisers spent more on its Google search and YouTube services during the busy holiday shopping period.

Revenue jumped 21.5 percent to $39.28 billion. Analysts on average had expected revenue of $38.93 billion and earnings of $10.87 per share, according to IBES data from Refinitiv.