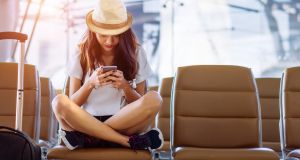 Only have a cúlpa focal? There are plenty of apps for that, but Google has just added Irish to the list of 89 languages it can translate live using your smartphone’s camera and the Google Translate app.

The app can translate road signs, menus and other texts in real time when you point your camera at whatever you are trying to read; there is also an auto-detect feature for some languages so you don’t even have to bother selecting what you are translating from.

The Irish addition comes as Google updates its app to include 60 more languages for the instant camera feature, including Arabic, Thai and Vietnamese, and improves the technology behind it to make the translations more accurate.

The app has built in Neural Machine Translation technology, which Google said cuts errors by 55 to 85 per cent, depending on the languages used. Getting those higher quality translations requires an internet connection, but most of the language packs can be downloaded for use offline if a basic translation is all you are after.

You can also use the app to translate into any of the more than 100 languages that the app itself supports.

If you’ve downloaded the app and are looking to test out the new feature right now, you’ll have to be patient for a little longer – the live translate capability for the Irish language will be available as the next update for the app rolls out. That could be any time over the next few days to a week, depending on whether you are on iOS or Android.